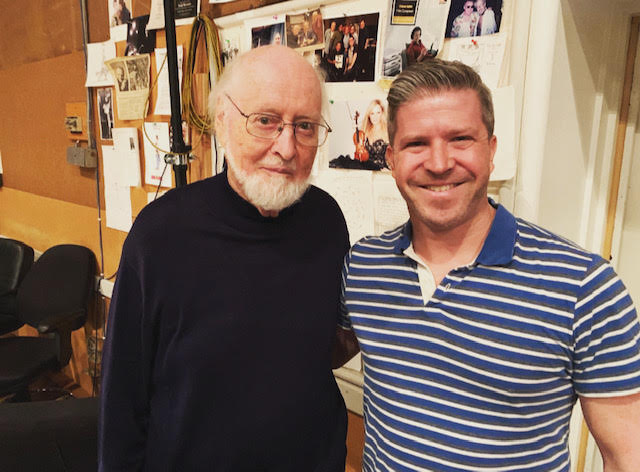 “Across the Stars” is popular on The New Classical FM rotation and for good reason: it features star violinist Anne-Sophie Mutter, conductor and composer John Williams, and the scores of many iconic films for which Williams composed equally iconic music. 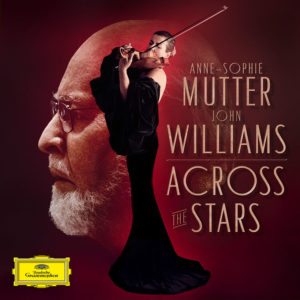 What you may not know is there is always a “cover conductor” on hand during the recording process (or during a run of an opera or Broadway show). We’ve heard of understudies for the folks onstage, but there needs to be the equivalent for the conductor – the glue that holds everything together.

I fired off a few questions to conductor Edwin Outwater, who was the cover for this recording. Edwin is the Conductor Laureate for the Kitchener Waterloo Symphony and guest conducts all over North America and participates in projects with the likes of Renee Fleming, Wynton Marsalis and the Jazz at Lincoln Center Orchestra.

How do you define what a “cover conductor” is?
A cover conductor is an understudy, who is ready to step in in case the main conductor can’t finish the concert or session for some reason. As John Williams said to me, “you’re the kind of insurance you can’t buy at Prudential!”

How did you land this role?
Some friends at the LA Philharmonic knew I was free, and for this important project they needed someone very experienced and able, in case John needed to rest out some of the sessions. He didn’t, thankfully, and at 87 conducted with incredible vigor and musicality!

Have you ever covered a concert or recording, and unexpectedly had to take over the actual duties?
Yes many times, actually. I can feel the adrenaline rushing now as I think about those experiences!!

Okay, I’d like to hear about one. What was the least amount of notice you received to take over a gig?
I’ve had to go on *mid-concert* for Michael Tilson Thomas (Music Director of San Francisco Symphony). I’ve also had to learn and conduct a world premiere in less than 48 hours for a conductor who hurt her arm.

Oh wow! Back to “Across the Stars” …  did you meet John Williams and Anne-Sophie Mutter and spend any time with them?
Yes I spent plenty of time with both of them. Incredible artists and dear friends. Everyone in the session knew that they were a part of something special.

Anne-Sophie made headlines recently for how she shut down an audience member filming her during her concert. What’s your take on audiences who do this? And how she handled it?
I’ve often been distracted by cell phones in the audience while conducting. Preach, sister!

Someone will email me asking “how can you see, when your back is to the audience?”
Actually I can see when I turn to the side! Conductors move around a lot during a performance.

Got it. You’ve collaborated with varied and amazing performers – Renee Fleming, Wynton Marsalis, and John Lithgow. Are you ever nervous meeting them, or because you’re the conductor, are they nervous upon meeting you??
I grew up in Los Angeles and met a lot of famous people at a young age, so that kind of helps me be a little relaxed about it, and working together takes some of the edge off, but I always want to do my best for these legendary artists, so that makes me a tad nervous.

What’s coming down the pike that you can tell us about?
Excited to return to the Kitchener-Waterloo Symphony for my first concert as Music Director Laureate on  Friday, January 31 and February 1, 2020. It’s a concert called “Growing Up Ella” in which we’ll perform Ella songs with the amazing Capathia Jenkins, and I’ll talk about my personal experiences with Ella growing up (my grandmother was her right-hand woman for 40 years). I’ll have some great experiences before that in San Francisco with Ben Folds and Seth MacFarlane, among others.

Here’s Hedwig’s Theme from “Across the Stars”, re-arranged by John Williams for violinist Anne-Sophie Mutter.