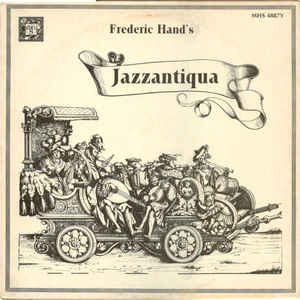 While listening to our own station about ten days ago, I heard a really cool piece on “Bill’s Classical Jukebox” when host Alexa Petrenko was filling in. I was busy writing, as I usually am, and was vaguely aware of something that sounded kind of Baroque-y. Gentle guitar strums … then recorder maybe, an oboe? I continued writing. All of a sudden I was aware the music took a turn for the decidedly modern, and next thing you know, I was hearing some cool jazz music.

I’m a HUGE fan of fusion, whether it’s in the form of fashion, food, music, whatever. Check out this clip – I found the piecde Alexa played, called “1 Cantiagas De Santa Maria”.  The guitarist is Frederic Hand (I wondered if it was a play on “Frederic Handel”, but no, this is his real name) and he teamed up with Jazzantiqua for this unique recording.