Jon Kimura Parker visits The Oasis ahead of TSO performance 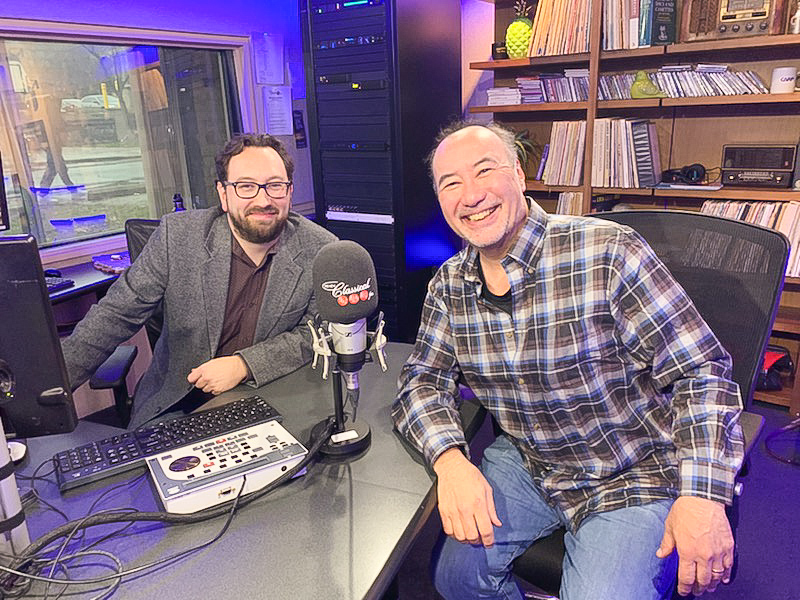 On Friday November 22nd, Famed conductor, and a 2020 Grammy nominee, Leonard Slatkin will lead a TSO program of all-American masterworks, including Gershwin’s jazzy musical postcard, An American in Paris, which is the title of the evening. The evening will also see a Canadian Premiere for composer Cindy McTee’s Double Play and Bernstein’s Overture to Candide. Samuel Barber’s Pulitzer Prize–winning Piano Concerto will performed by Canadian piano superstar Jon Kimura Parker.

-The New York Times has said of Jon Kimura Parker in a review, “An insightful, energetic soloist… the audience roared in approval.”

Jon, or Jackie, is known for his passionate artistry and engaging stage presence, with multiple solo appearances at the Berlin Philharmonie, London’s South Bank, the Sydney Opera House, and the Beijing Concert Hall, and Carnegie Hall.

And he has been a Canadian ambassador of music, giving command performances for Queen Elizabeth II, the U.S. Supreme Court, and the Prime Ministers of Canada and Japan. He is an Officer of The Order of Canada.

And Jon is a founding member of the Montrose Trio with violinist Martin Beaver and cellist Clive Greensmith. The Washington Post’s review of the Montrose Trio’s first tour in 2015 proclaimed them “poised to become one of the top piano trios in the world.”