Imagine composing chamber music while imprisoned. But Messaien did. 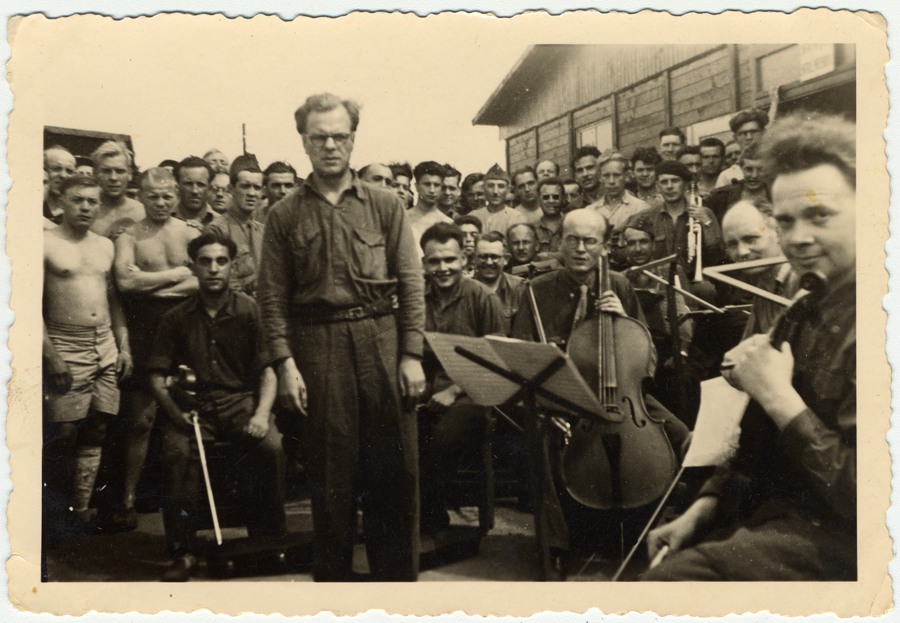 Messaien’s music is known for complexity of rhythm, and the influence of Japanese music, the Indonesian gamelan, bird calls, nature, and the life of St. Francis of Assisi. He also had Synaesthesia, a phenomenon of perceiving colours when he heard certain chords, and the way the colours combined were a part of his composing process.

Messaien was drafted during World War II, and he was enlisted as a medical auxiliary instead of an active combatant because of his poor eyesight. He was captured at Verdun and imprisoned. He met a violinist, a cellist, and a clarinettist and, amazingly, given the circumstances, composed his most famous work, Quartet for the End of Time. The unusual grouping of instruments was simply based on what musicians happened to be imprisoned together. The cello was purchased with donations from camp members, and Messaien was assisted by a sympathetic Nazi guard, Carl-Albert Brüll, a music lover who recognized Messiaen, and ensured he had enough bread, space, and materials to compose. Brüll also obtained the other instruments, including a beat-up, out-of-tune upright piano, and his own personal risk, forged the necessary papers for the performers to be liberated after the performance. The premiere took place in damp, freezing temperatures on January 15, 1941. Messiaen said, despite the awful conditions, “Never was I listened to with such rapt attention and comprehension.”

Here is an excerpt from “Quartet for the End of Time” from the DVD “North York Moors Chamber Music Festival”.