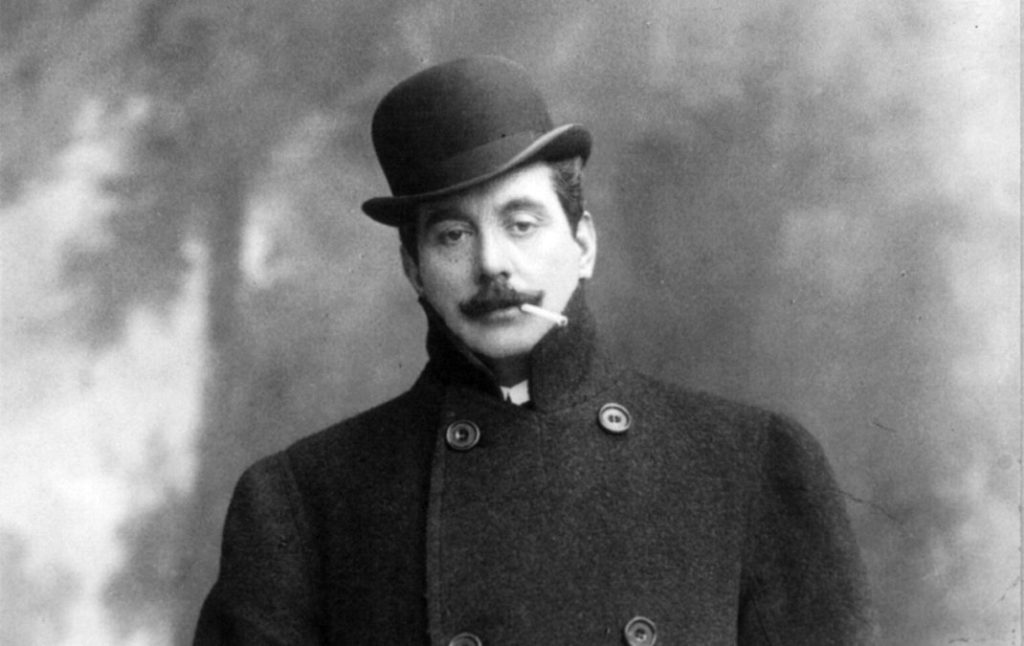 Giacomo Puccini was the rightful heir to Giuseppe Verdi in terms of quality of writing and popularity. The stories of Puccini’s operas were set to music with powerful lyricism and a strong instinct for drama.

Puccini’s private life was WAY more soap operatic than anything he composed for the stage. He had an affair and a child with a married woman, Elvira, whose husband, Lucca, was a womanizer. Lucca was murdered by the husband of some other woman he was messing around with. Puccini and Elvira were free to marry, and did. Puccini continued having affairs with others, and Elvira accused the maid of having an affair with her husband, and the maid was so distraught she committed suicide. An autopsy revealed she was a virgin. Elvira was charged with slander and sentenced to five months in prison, but Puccini paid off the maid’s family and his wife was spared the sentence.

Puccini was such a national figure that when news of his death reached Rome during a run of La boheme (the story about artists starving in a garret – the pre-cursor to the musical Rent), the opera was abruptly halted and the orchestra played Chopin’s Funeral March for the stunned audience.

Soprano Leona Mitchell sings “Tu che di gel sei cinta” (“You who are enclosed by ice”). The words were written by Puccini as a working title as he waited for the librettists to get it together, and when they saw the working title, pronounced it fabulous. This scene depicts slave girl Liu, from the opera Turandot, before she ends her life by sword.