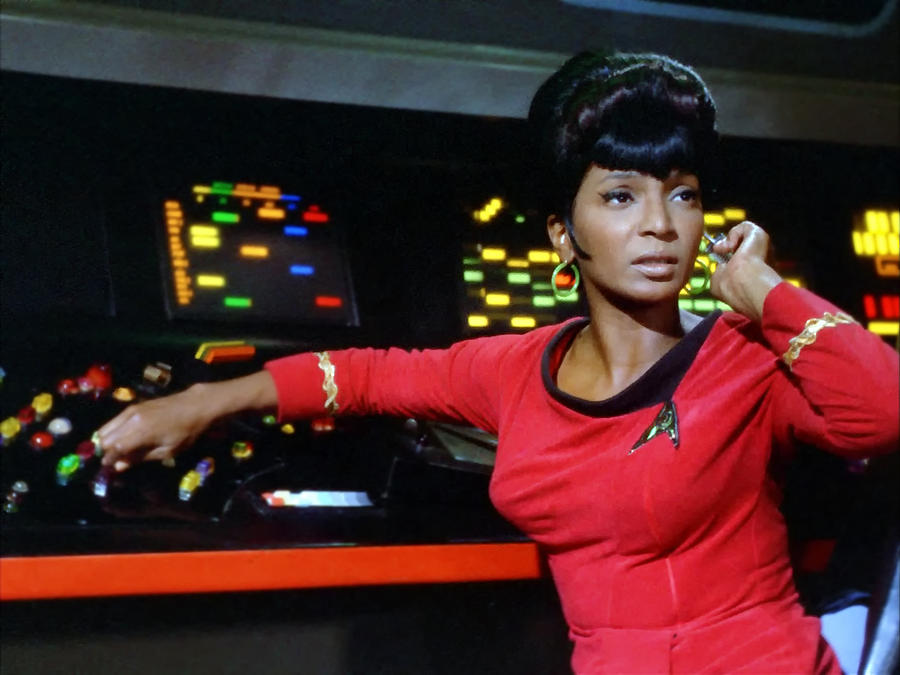 If you’re a regular listener to The New Classical FM, you’ll know that from time to time we play the film music scores to the various Star Trek movies hitting the screen in recent years. Today, we’re celebrating the birthday of Nichelle Nichols, who portrayed Lt. Uhura, the Enterprise’s translator and communications officer from the original television series. She is 87 years old today.  Before her career-changing role in Star Trek, Nichols was a jazz singer who sang with Duke Ellington and Lionel Hampton’s bands, and toured Canada and the US.

The role of Uhura was a ground-breaking for an African American woman, who up until then were portrayed in menial jobs or as housekeepers. The visionary creator of Star Trek, Gene Roddenberry, was adamant the crew was gender and racially diverse. After the first season, Nichols was planing on leaving the show to purse a career on Broadway. She changed her mind when she met Martin Luther King, Jr. who was a fan of the show and told her the role of Uhura signified a future of greater racial harmony and cooperation. He told Nichols that Star Trek was the one show he and Coretta allowed their children to watch. She remains an inspiration for future African American actresses and astronauts.

Here is the music for the opening credits music for Star Trek VI: Undiscovered Country, the last film in which Nichols, along with the original Star Trek crew, appeared together. The score was composed by Cliff Eidelman.