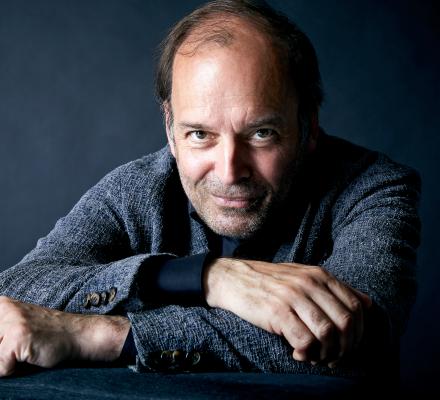 Pianist Louis Lortie, who appears in recital at Koerner Hall

At the New Classical FM, we are taking stock of what concerts we’d like to start 2020 with! There are too many amazing concerts and events happening in the Toronto area to list them all, but below are a few that we think you’ll really enjoy. 2020 also marks the 250th anniversary of Beethoven’s birth, so expect to see a lot of Beethoven programmed throughout the year.

January 15 – 18, all at 8:00 pm except for Friday, January 17 at 7:30 pm
Toronto Symphony Orchestra
Mozart Requiem
If you ever saw the film “Amadeus”, one of the most dramatic scenes featured Mozart dictating the score of his Requiem to his (unbeknownst to him) nemesis Antonio Salieri, who alternately worshipped and despised Mozart. The dramatization was fictional, but memorable.
Sir Andrew Davis, conductor
Jeavieve Moore, soprano
Jillian Bonner, mezzo-soprano
Charles Sy, tenor
Trevor Eliot Bowes, bass
Toronto Mendelssohn Choir
Roy Thomson Hall (Simcoe at King)

January 16 – 19, various times
Tafelmusik
Gone With The Winds
What’s a “Harmonie”? Back in Haydn, Mozart, and Beethoven’s day, the hits from the latest operas were arranged for groups of wind musicians who performed them in the homes of the rich, as well as in public spaces. It was the jukebox of the 18th century, covering popular opera tunes and original works by Viennese masters. Tafelmusik presents arrangements of Mozart and Rossini’s greatest opera hits alongside a Mozart Serenade, a Beethoven sextet, and world premiere by Cecilia Livingston.
Jeanne Lamon Hall, Trinity-St. Paul’s Centre (Bloor, west of Spadina)

January 26 at 3:00 PM
The Royal Conservatory of Music
Louis Lortie
Canadian concert pianist Louis Lortie presents an all-Beethoven program, as we kick of 2020 as the 250th anniversary of Beethoven’s birth. Lortie will perform the Piano Sonatas No. 27 in E Minor, No. 28 in A Major, and No. 29 in B-flat Major.
Koerner Hall (Bloor Street, west of Queen’s Park)