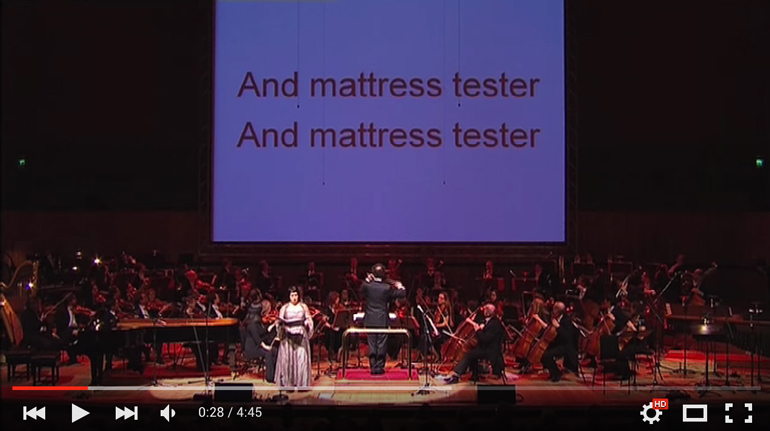 Conductor Rainer Hersch is a conductor and humourist, and he takes the misheard lyrics concept to classical proportions here, with some hilarious results. He conducts the Philharmonia Orchestra at the Royal Festival Hall in London. Lore Lixenberg sings Mozart’s Come Scoglio from “Cosi fan Tutte”, an aria declaring “Like a rock, I stand immobile” and that her love for her boyfriend is strong and resolute. The text that appears on-screen is something else entirely. Have a look.