Today marks the 75th anniversary of the world premiere of Prokofiev’s Symphony No. 5 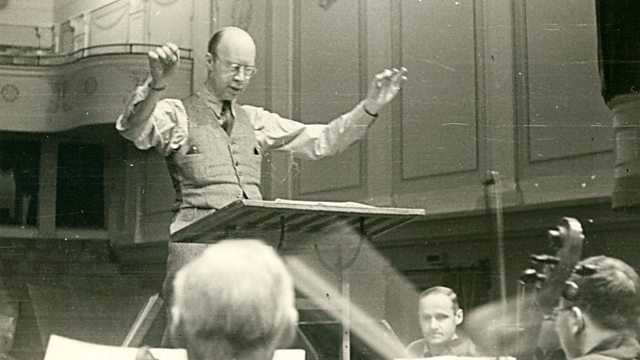 Today marks the 75th anniversary of Sergei Prokofiev’s Symphony No. 5, first performed in the Moscow Conservatory by the USSR State Symphony Orchestra, conducted by the composer himself. The year was 1945 – so Prokofiev was pretty stressed with the affects of war, along with living in the communist regime of the then Soviet Union.

He composed his previous symphony 14 years prior. As Prokofiev worked on his fifth symphony, the war was still ravaging the country. Here’s his quote about his intentions in writing this piece: “… (it is) a hymn to free and happy Man, to his mighty powers, his pure and noble spirit … I cannot say that I deliberately chose this theme. It was born in me and clamoured for expression. The music matured within me. It filled my soul.” This summary sounds like the very definition of the word “inspired”.

Check out the last movement, “Allegro giocoso” (quick and joyfully). It’s starts out calmly, and gradually builds to its boisterous conclusion.