Mozart – his life, his music, and my struggles as a piano student 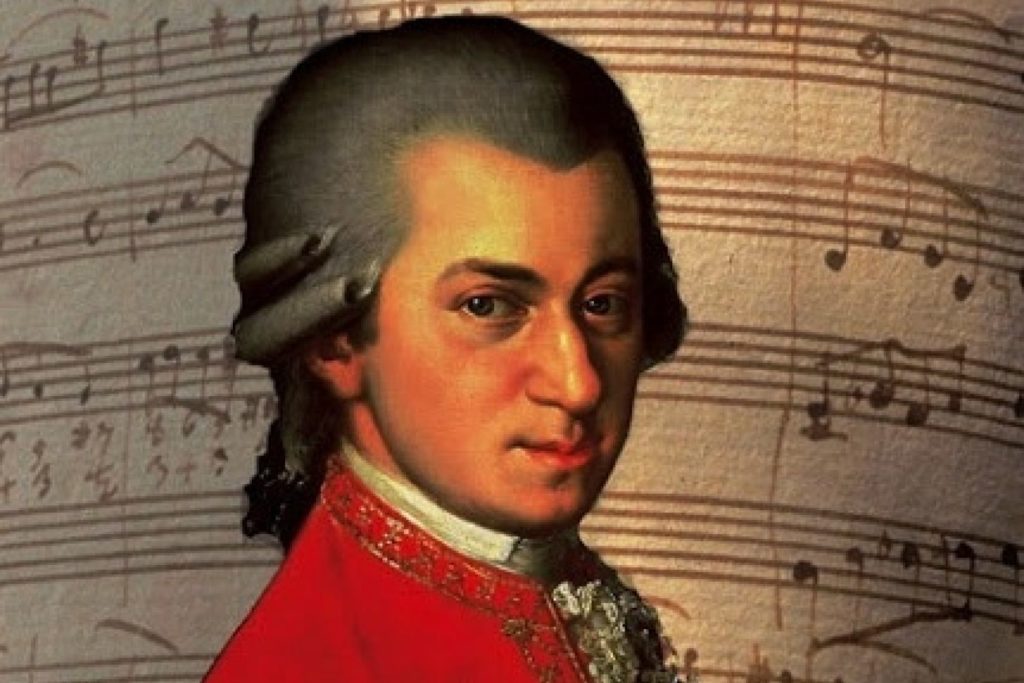 Mozart was born to a musical family, was exposed to music lessons and travel early on thanks to his stage father, Leopold, and possessed a freakish ability as early as age five to compose anything he set his mind to, seemingly without the struggle that most composers endure (Beethoven comes to mind). Be it symphonies, concertos for violin or piano, operas (the voice was his favourite instrument), or chamber music, Mozart could write. He was one of the first composers to go freelance, a risky thing (has much changed?), going from project to project without the safety net of a patron that would commonly have a composer on staff. He made money, lost money, had a penchant for wild parties, food and drink, and often upset his stern father. He often jotted down overtures at the last minute, forcing the musicians to sight read from scores still damp from the ink. So much of his works were textbook, in terms of form and structure, but had that something extra, a divine quality unmatched by anyone else.

I remember when the film Amadeus hit the theatres, and I saw it then, and a few times since. One of my favourite scenes was fellow composer, Salieri, portrayed as an admiring, yet deeply jealous rival, as an old man describing the opening of the Adagio from the Serenade No. 10 in B-flat Major, K. 361, the Gran Partita:

His slow movements ached with a lyricism that astounded me, without the sentimentality I associate with Chopin.

Mozart remained a bit of a conundrum to me as a piano student. I constantly alternated between his sonatas and Beethoven’s. When I was tired of attempting Mozart’s elegance and perfection, I longed for Beethoven; when I was tired of thundering around, depicting thunderstorms and torment, I longed to return to Mozart. He could string together a gorgeous line with the fewest of notes, leaving you painfully exposed; rendering a wrong note would be unforgivable. My singer friends have confirmed this as well – and to feel exposed as a singer is way more nerve-wracking than what any instrumentalist would feel.

Mozart died at age 35, likely from the plague prevalent throughout Europe at that time.

In this scene near the end of Nozze di Figaro (Marriage of Figaro), Count Almaviva begs forgiveness from his wife (for being such a jealous, untrusting husband) in this gorgeous aria entitled “Contessa perdono” (Countess’ forgiveness). Again, Salieri’s character is used to vocalize what Mozart fans love – the perfection of Mozart’s lines and phrasing. (Please ignore the yawn from the ignorant Emperor at the end).