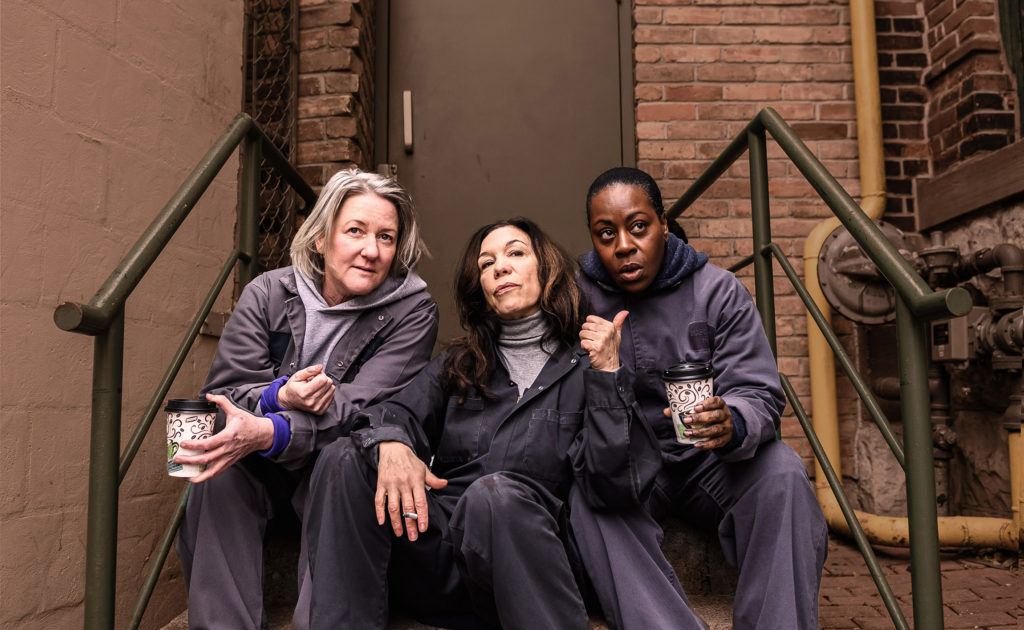 Sweat is a new production being mounted by Canadian Stage and Studio 180 Theatre opening January 14th at the Berkeley Street Theatre. It was written by Lynn Nottage, the only woman to win the Pulitzer Prize twice for drama twice… And one of those prizes was for this very play!

Sweat is a searing examination of industrial decline, race, poverty, friendship and politics that follows a group of friends working at the local steel mill who swap stories and decompress at their favourite bar. When rumours of layoffs and lockouts circulate, tensions rise between blue-collar staff and white-collar management, threatening to destroy jobs and relationships.

When we look at what has happened in Oshawa recently, this couldn’t be more timely. This play acts as a wake-up call and expresses that we cannot ignore what is happening to cities across North America.