A look at Edouard Lalo – considered too progressive in his time 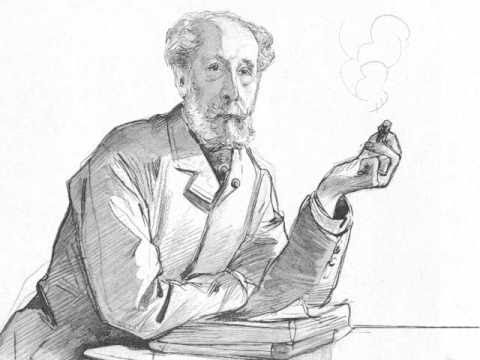 When you first listen to Lalo, he doesn’t have that “typical” French sound – that subtle and artful blending of colours, tones, with touches of whimsy. Instead, his music was filled with Germanic strong melodies and solidity, which distinguished himself from his contemporaries, but also may explain why he didn’t quite catch on, some of his works being dubbed “too progressive and Wagnerian”.

Fun factoid: Star Trek: The Next Generation makes a reference to a “USS Lalo” in a couple of episodes (“We’ll Always Have Paris” and “The Best of Both Worlds”, though we don’t know for sure if it’s a reference to the composer. If anyone knows, please contact me!

He is best known for his Symphonie Espagnole for violin and orchestra:

However, I wanted to check out something of his I don’t know. He wrote the Piano Concerto in F minor, which didn’t become part of the standard repertoire – I’ve never seen it programmed anywhere. Composer Maurice Jarre used a theme from this work as part of his work on the score to the 1962 film Lawrence of Arabia.