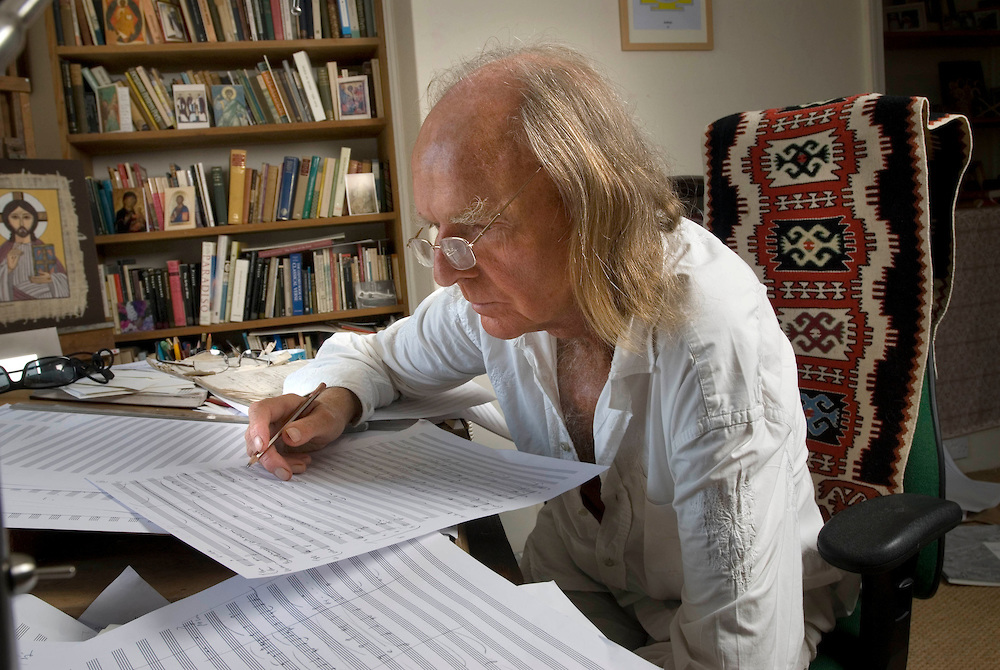 If you were to mistake John Tavener’s music (not to be confused with the 16th century composer of the same name) with Arvo Part, you’d be forgiven; both are composers of the modern era whose music sounds timeless, as though written centuries ago, yet contemporary; both favoured very light textures in their music, with notes spaced very widely apart. Tavener was a very spiritual man, and explored a few religions. He apparently left Orthodox Christianity to learn about other faiths, including Hinduism and Islam, and followed philosopher Frithjog Schuon. This was motivated largely by his music, wanting to be more universalist and shade his music with different tones and colours not available in traditional western music theory. He called himself “essentially orthodox” and remained drawn to its mysticism.

Tavener moved in interesting social circles; he had befriended The Beatles and Prince Charles. He looked eccentric – a tall, gangly man, with long, wispy hair, and was often dressed head to toe in white. He was often plagued by health issues, and when he died, his funeral was attended by 700 mourners. He was paid tribute by the likes of fellow composers John Rutter, Sir Peter Maxwell Davies, Prince Charles, cellist Steven Isserlis, Neil Portnow (president of the National Academy of Recording Arts and Sciences), Roger Wright (controller of BBC Radio 3 and director of the Proms), and soprano Patricia Rozario. While some music has the power to rousingly excite, Taverner’s music, as described by John Rutter, has the “very rare gift of being able to bring an audience to a deep silence.”

A beautiful choral selection called “Mother of God, here I stand” sung by the Exultate Singers, from their album, “A Sense of the Divine”.