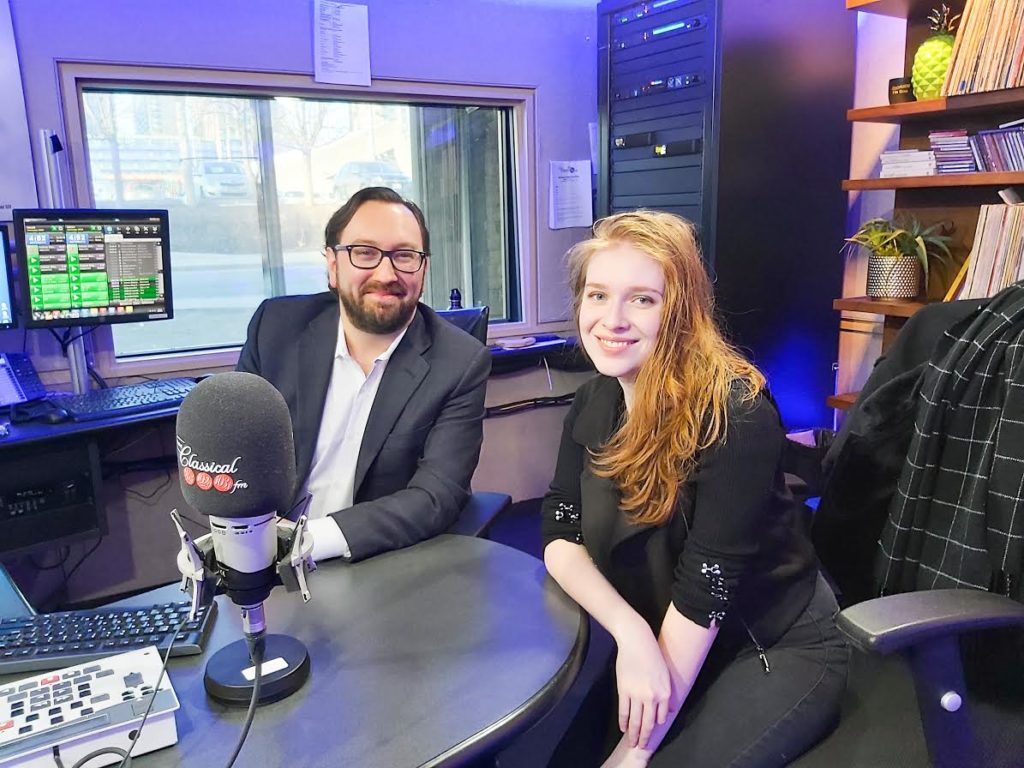 Canadian classical pianist Anastasia Rizikov has been touring the world with her virtuosic performances. The Torontonian began playing at the age of 5, she trained with some of the best here in Ontario before making her way to Paris to continue her studies and worked with names like András Schiff, Emanuel Ax, and Olga Kern.

Anastasia is currently on the international competition circuit, and has done well across Europe: Spain, Ukraine, Italy and Russia… and closer to home in Canada and US as well, winning the Canadian Music Competition and the Canadian Chopin Competition. Anastasia performed at Carnegie in competition in 2010, and later at Koerner Hall her in Toronto. She has wowed with performances of Rachmaninoff, Chopin, Grieg, and will get to Bach, Ravel and Beethoven this Saturday, February 1st at Grace Church on the Hill in Forest Hill.

Anastasia Rizikov joined Mark Wigmore on The Oasis.
Listen to the interview: