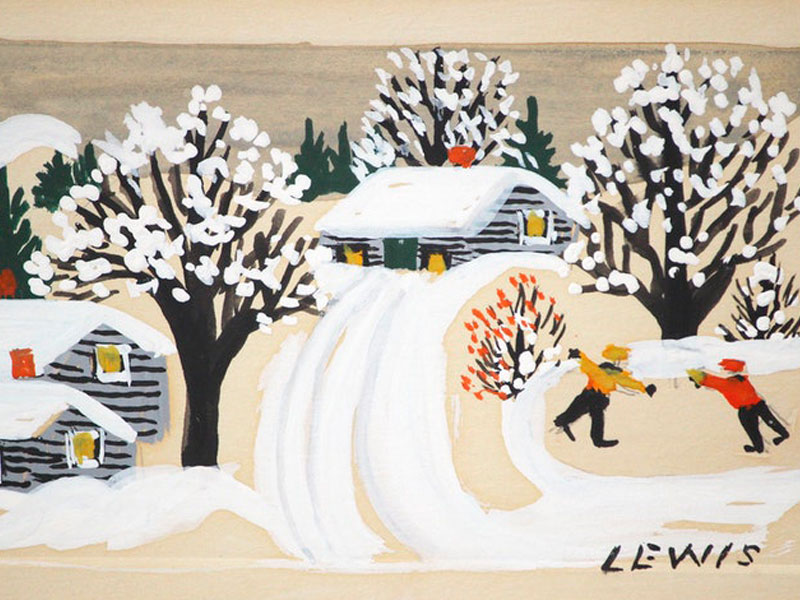 In the wake of the catastrophic wildfires in Australia, an Ontario author, art collector and animal lover has stepped forward to raise relief funds by selling two rare postcards painted by prolific Canadian artist, Maud Lewis.

Nancy Silcox of New Hamburg wished to do something to support those who are suffering and has approached Cowley Abbott Auctioneers with “The Skaters” and “Walking to Church”. These two quaint winter scenes represent some of Maud Lewis’ earliest work, before she eventually switched to larger boards and are prime examples of her distinct graphic style, making them particularly rare. 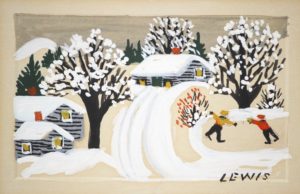 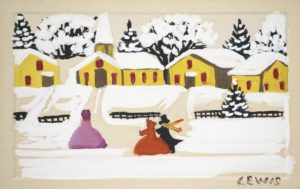 One would think Maud Lewis would approve as a lover of wildlife.

Cowley Abbott will be including both cards in their February 11th Online Auction of Works on Paper, Prints and Books. All proceeds of the two sales will be donated to WIRES Australian Wildlife Rescue Organization, including Cowley Abbott’s commission, which will benefit the rehabilitation efforts following the tragic animal death toll.

The president of Cowley Abbot, Rob Cowley, and award-winning writer Nancy Silcox spoke with Mark Wigmore on The Oasis.