He was a piano revolutionary who deserves WAY more credit: Jan Ladislav Dussek 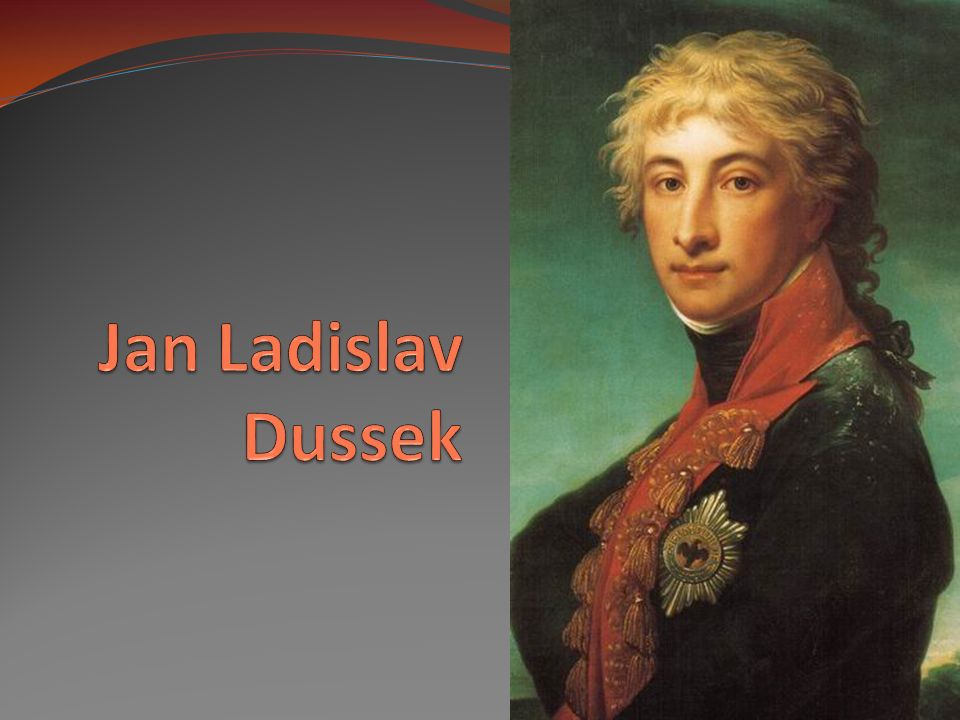 Jan Ladislav Dussek is a composer who’s known to piano and harp students for all his works that turn up in Royal Conservatory of Music repertoire – the guy could write sonatas and sonatinas for those two instruments like nobody’s business. He did so much for the piano that I’m surprised he isn’t better known. He was one of the first virtuosos to tour extensively, and played a major hand in expanding the keyboard range of the piano (which Beethoven fully explored). Dussek was friends with John Broadwood, the developer of the “English Action” piano, and because Dussek’s works required a strong sound and a range of notes not yet available, he pushed Broadwood to create pianos with a new depth of sonority and a wider keyboard range. It was this prototype that was sent to Beethoven.

Dussek, proud of his handsome appearance, was the first to sit with his profile to the audience (so Franz Liszt wasn’t the first!) and he dominated the concert stage until Beethoven come along. Considered a star teacher as well as performer, Dussek was so popular he became *the* guy for students to boast about having as a mentor. He was able to command rates that had never been charged previously.

I’ve heard many Dussek piano sonatas over the years as a music teacher, and before that, hearing a few thumped out from The Matriarch’s (my mom’s) piano studio downstairs. So for this composer birthday web feature, I chose one of his harp sonatas, so I’d hear it as music for music’s sake, and not a piece associated with work.