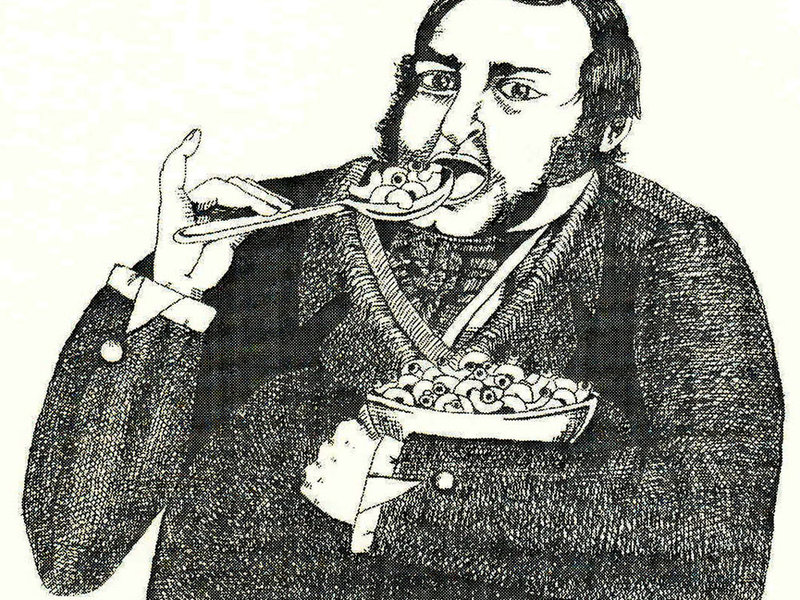 Rossini was that fun, entertaining guy you always invite to parties. An opera child prodigy – he was composing and having them performed by his early 20’s – he was successful enough to maintain a rate of two to four operas a year on demand. He had that Italian flair for utterly singable melodies, and wasn’t above borrowing from himself now and then.

Rossini wrote The Barber of Seville when he was 24 and it has been an audience favourite ever since. He went for the laughs and sheer entertainment value. Rossini moved to Paris, and composed William Tell, which he considered his crowning achievement (and is known to many as the “Lone Ranger”, used for a TV series in the 1950’s). The music is also used in advertising, and used in between innings during baseballs games and the like.

After composing nearly forty operas in twenty years, Rossini was a music biz celeb whose movements were reported by the press. He retired, and for the next forty years, did a lot of cooking and eating. There are many dishes ending with “… alla Rossini” because he either created them or they were named after him. If he were around today he’d appear on all the network shows, doing cooking demos of his favourite dishes while singing and milking the crowd.

Rossini died on Friday the 13th at his home in Paris, two weeks after throwing his last party.

Here’s the overture to “The Barber of Seville”. This popular work also stood the the test of time, and continues to be widely broadcats on the radio and used in other media. If it sounds familiar, it’s because you saw Bugs Bunny and Elmer Fudd chasing each other with this music as the backdrop.