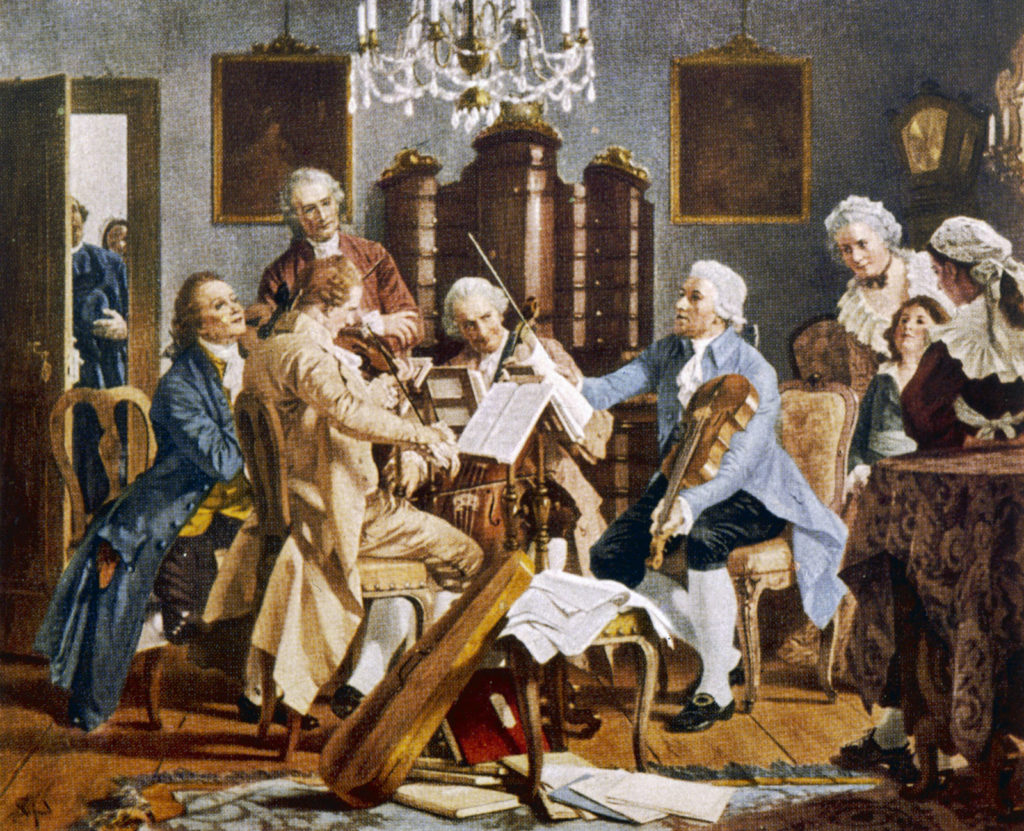 Haydn’s output was incredible, due to his plum job as Vice-Kapellmeister with the royal Esterhazy family. He was in charge of all music required for all events on their remote estate. A few years later, he was promoted to Kapellmeister. Part of the reasons for Haydn’s originality is due to not living in city centres to pick up on what else was going on, so he was left to his own devices. In the thirty years he was employed by the Esterhazy family, Haydn was assigned compositions to write, ran the orchestra, played chamber music, and mounted opera productions. He was overworked and considered one of “the help” like any other servant, but the cage was gilded, and he was comfortable.

Haydn sometimes incorporated gentle humour in his works; one example is the Farewell Symphony, in which the orchestra was forced to head out for the summer to the Esterhazy palace in Hungary. The musicians longed to return home to their families, so Haydn wrote into the work that musicians snuff out the candles (today, turn off the music stand lights), and leave the stage, one by one. Prince Esterhazy got the message, and the next day, everyone headed back home.