Always write down your dreams … it could lead to a fantastic piece of music. 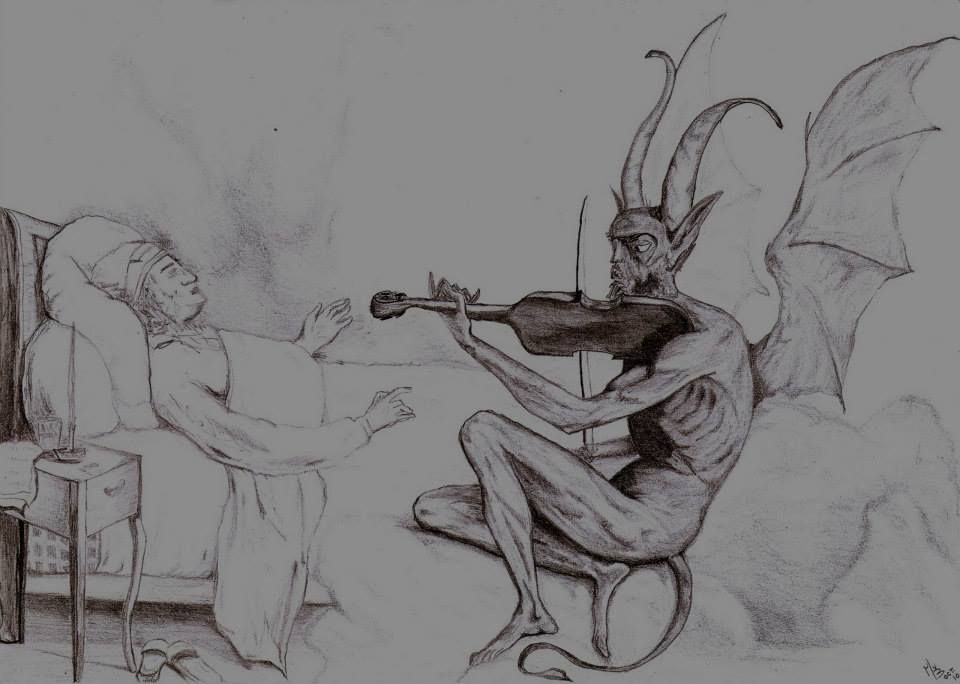 How have you been sleeping lately?

Dreams are a powerful form of inspiration and when the devil appears and shocks you with his magnificent playing, how can you ignore it? Venetian Baroque composer Giuseppe Tartini describes what lead to his best-known work, “Devi’s Trill Sonata” (which sounds so much better in Italian: “Il trillo del diavolo”).

“One night, in the year 1713 I dreamed I had made a pact with the devil for my soul … Among other things, I gave him my violin to see if he could play. How great was my astonishment on hearing a sonata so wonderful and so beautiful, played with such great art and intelligence, as I had never even conceived in my boldest flights of fantasy. I felt enraptured, transported, enchanted: my breath failed me, and I awoke. I immediately grasped my violin in order to retain, in part at least, the impression of my dream. In vain! The music which I at this time composed is indeed the best that I ever wrote, and I still call it the ‘Devil’s Trill’, but the difference between it and that which so moved me, is so great that I would have destroyed my instrument …”

Tartini’s intense frustration with not being able to re-create something he heard so clearly in his dream is something all serious music students, performers and composers alike, can identify with.

Anne-Sophie Mutter cooly performs the “Devil’s Trill” with pianst Lambert Orkis. The piece builds and gets more and more exciting and intense as it goes.