Interview: “Until I Smile At You” The Story of One of the Architects of the American Ballad 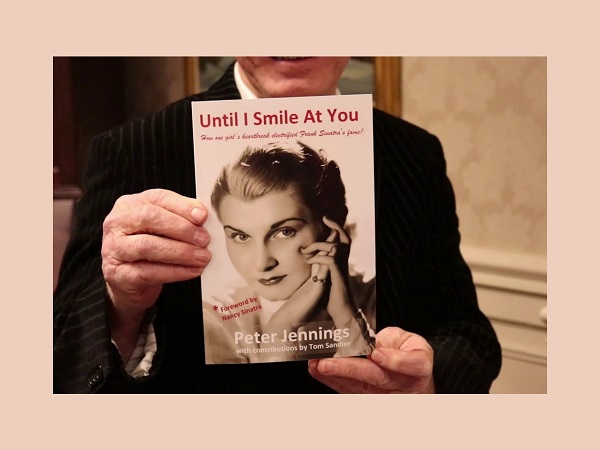 You know that one… “I’ll Never Smile Again” the piece that rocketed Frank Sinatra’s career to superstardom in 1940, written by a young Canadian woman named Ruth Lowe. It lasted 12 weeks on the charts and would go on to be covered by 150 performers around the world.

Ruth Lowe has been called “One of the Architects of the American Ballad,” she is the recipient of a Grammy Award, her songs have been inducted into the Canadian Songwriters Hall of Fame and she’s about to be added to the Great American Songbook Foundation Hall of Fame.

She would go on to write 50 other tunes for Broadway and Hollywood, including Put Your Dreams Away.

It was high time someone wrote a book about Ruth Lowe and so the family went with long-time author and music expert Peter Jennings to pen “Until I Smile At You“. The story covers her early songwriting factory associations with Tin Pan Alley and features interviews with luminaries like Elton John’s lyricist, Bernie Taupin, and Andrew Lloyd Webber collaborator Tim Rice. The book includes quotes from Frank Sinatra Jr and a Forward by Nancy Sinatra.