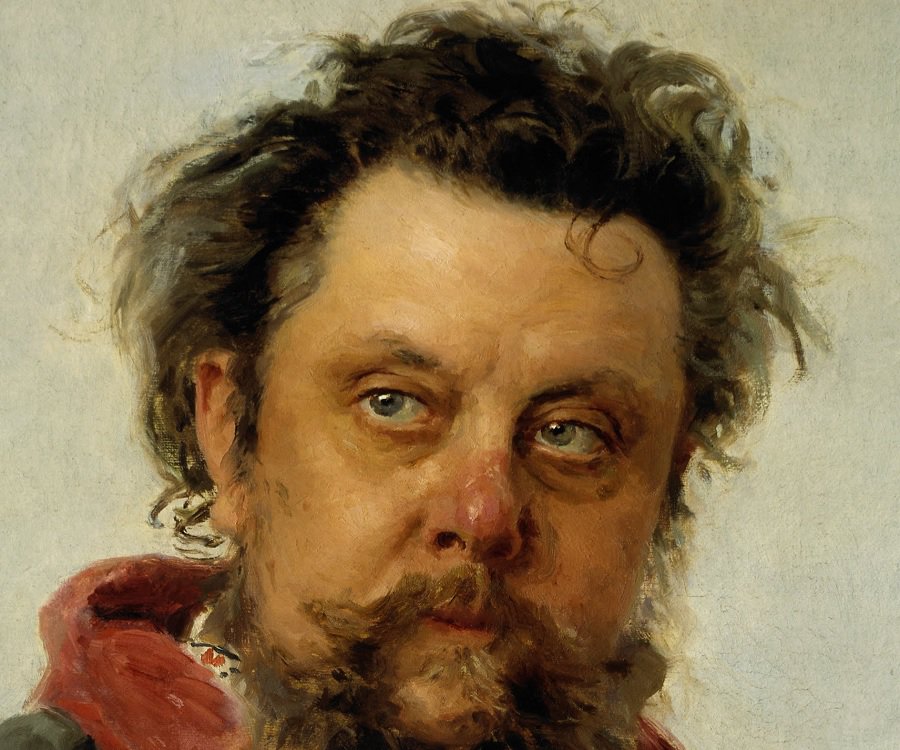 Modest Mussorgky was a Russian composer on a mission: to compose music with a distinct Russian sound, and to achieve this sound, often defied what was considered “acceptable” during the Romanic era. Like Bela Bartok a few decades later, Mussorgsky used rustic folk themes as a basis on which to write his music. While Bartok travelled and gathere music across Europe, Mussorgsky was firmly Russian in his mission. He didn’t have a lot of theoretical education, and fellow composer Balakirev explained to Mussorgsky the forms used in classical compositions, by analyzing Beethoven symphonies. It was important for Mussorgsky to learn these forms from which to deviate, much like a great abstract artist knows how to do representational art first.

Mussorgsky’s best-known works are repertoire staples for orchestras and pianists. The first that comes to mind is Night on Bald Mountain which was featured in Disney’s film Fantasia, giving it mainstream status. It’s been heard on lottery commercials and was the basis of the infamous Kiwanis Festival duet scene in the Canadian smash hit play, “2 Pianos 4 Hands”. The other is Pictures at an Exhibition, originally written for solo piano (which I prefer to the orchestral version), later orchestrated by Ravel (and others, but Ravel’s is so good, and reveals his supreme gifts at orchestration). This work depicts someone strolling through an art gallery, and the works of art themselves.

What I love about the orchestral version of Pictures an Exhibition is an association I have with a beloved television show I watched when it was re-broadcast during my childhood. I was once hanging out backstage during a Toronto Symphony rehearsal of Pictures, and as a few of us chatted, we realized some of the Mussorgsky reminded us of the music written for the battle scenes from the original “Star Trek” television series. While I tried to focus on imagining someone strolling through an art gallery and seeing all kind of interesting works of art, I kept imagining Captain Kirk fighting off a Klingon or the Gorn.

Below are selections from both Pictures at an Exhibition and the original “Star Trek” music. There’s no comparing actual melodies; it’s more the orchestration and overall drama that struck me as similar.

The Leipzig Gewandhaus Orchestra conducted by Kurt Masur. The part that reminds me of “Star Trek” battles scenes happens at 28:59.

John Williams conducts “Star Trek: The Original Series Theme”, which is extended to include other themes not heard in the opening credits. At 1:18 I hear the “battle scenes” that remind me of Mussorgsky. (Click, and look for the “Watch on YouTube” prompt.)

Modest Petrovich Mussorgsky was born March 21, 1839 outside of St. Petersberg, and died March 28 1881 in St.Petersberg.