Walking or Biking to Work 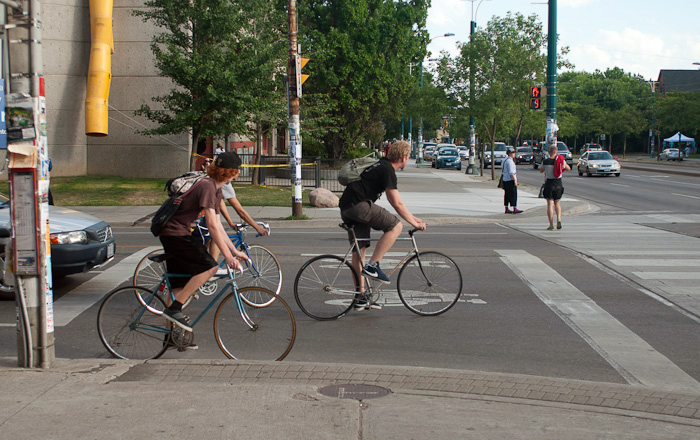 Here’s a finding that won’t surprise anyone who’s dealt with Toronto traffic lately. In addition to making you more fit, walking or biking to work, instead of driving can also improve your mental health. This, according to a study from the University of East Anglia’s Norwich Medical School.

The researchers analyzed 18 years of data compiled on 18,000 British commuters. They  considered their feelings of unhappiness, their sleep quality and whether they had trouble dealing with their problems.

The study found that daily commuters who stopping driving to work and started walking or riding a bike were under less stress and were able to concentrate better.

The amount of time the commute took was also a big factor. . Although a long car drive had a negative effect on well-being, a physically active commute had the opposite effect.

And the authors noted that using public transportation also resulted in improved psychological well-being. That surprised them because they figured that delays, breakdowns, and crowded conditions would be stressful. But they say public transit appears to cheer people up because it gives them time to relax or read and because there’s usually a walk from the station.

Bottom line, according to this work, the longer people spend commuting in cars, the  worse their psychological well-being.