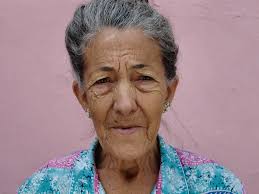 Here’s an interesting tidbit for those of us who are pondering the possibility of living to 100. Men are less likely than women to reach that milestone, but according to a study out of London, those who do tend to be healthier than their female peers.

The British researchers found that women are now four times more likely than men to hit 100. But they are more likely to suffer broken bones or develop more than one chronic health problem, such as incontinence or loss of vision or hearing. Men had fewer chronic ailments. All of the centenarians were more likely to have chronic, nonfatal issues such as arthritis rather than more serious diseases like cancer or diabetes. And the study authors say they found a surprising number of 100-year-olds who had no major illnesses.

The researchers analyzed public health records of more than 11,000 centenarians. The number of women living to 100 increased by 50 percent between 1990 and 2013, the study found, compared to a 30 percent increase among men. More research is needed to understand why some people reach very old age without serious health problems and some don’t.

The study was published in the Journal of the American Geriatrics Society.