The Soul of The Rose 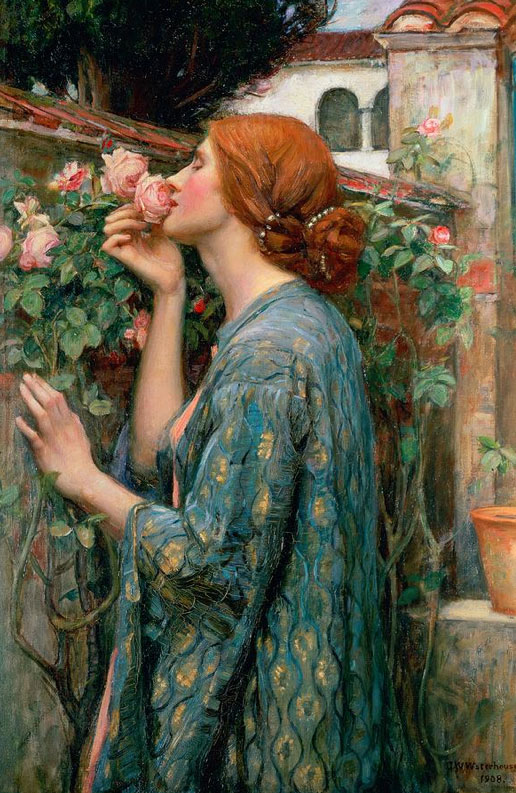 I am now old enough to have seen the Pre-Raphaelites fall in and out of favour several times. During my childhood they were greatly admired, and their connections to the many myths they depicted drew me to them even further, myth-obsessed as I was as a child…
But then, of course, everyone grew terribly modern and sophisticated, and the paintings of Waterhouse and all of his ilk were dismissed as sentimental, old-fashioned rubbish. In the marketplace, the paintings were sold for a song, considered no better than trash.

But, as in all things artistic, the cultural pendulum reversed its direction, and I, for one, am glad.For one thing, the paintings are just so damned beautiful, as is everyone who appears in them.

And they tell stories, another highly undervalued skill.
This one, is simpler than many of the others, attached as they are to myth and history, and perhaps it is thereby even more accessible, which is – you must admit – a nice thing.

And – oh! – Can’t you just smell the rose against which this beautiful creature presses her elegant nose? Isn’t her gown exquisite?

Don’t you wish YOU could spend some time in this garden, enjoying a private moment of your own? …

The Soul of The Rose by John William Waterhouse