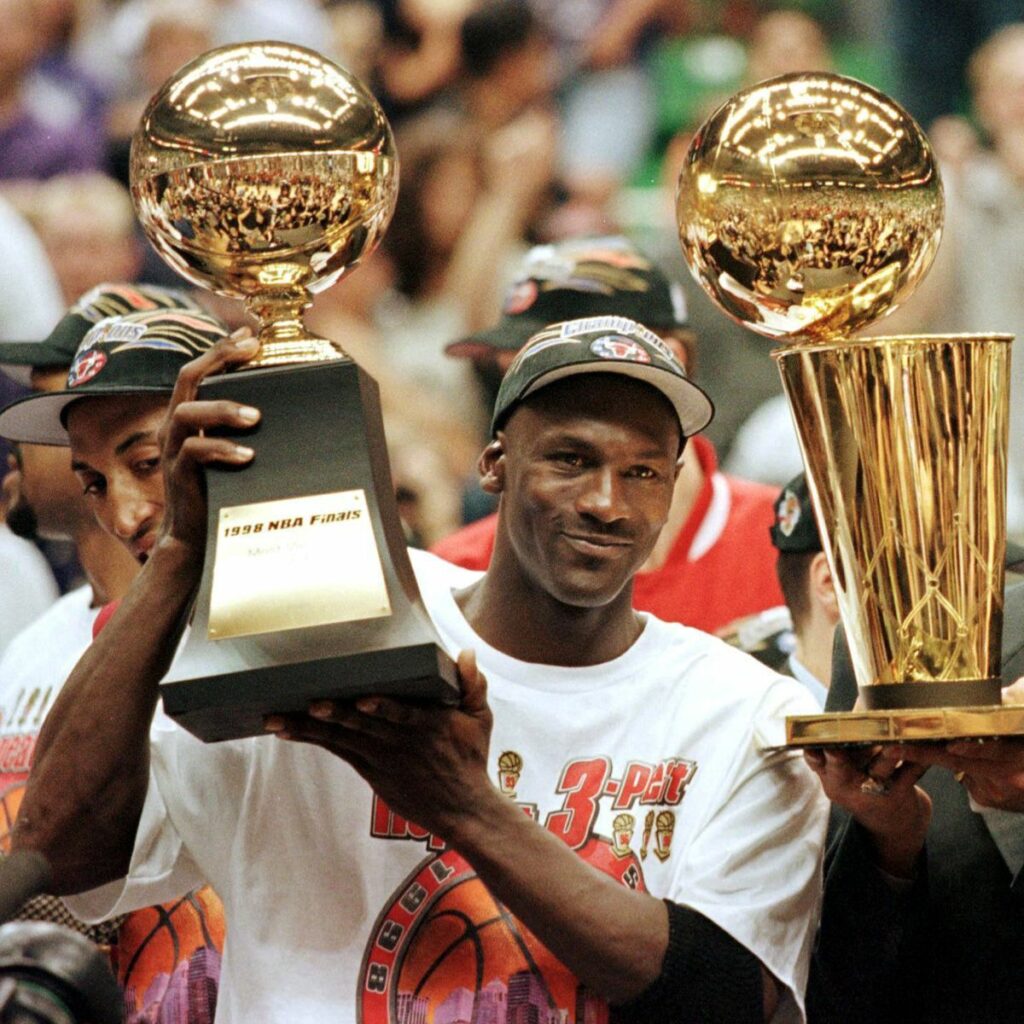 The Last Dance is such a sensational documentary series that you don’t even have to like basketball to enjoy it. Produced by ESPN and Netflix, the show chronicles the final year of the Chicago Bulls sporting dynasty in the 1990s. The thing about the Bulls is that they weren’t just winners—they had a cast of characters second to none. Start with Michael Jordan, who was so iconic as a highflying basketball dunker that he turned not only the Bulls into champions but also made his shoe supplier Nike into winners with their “Air Jordan” brand. Then there’s bad boy Dennis Rodman, who was in relationships with Madonna and Carmen Electra, died his hair green, and sported the best tattoos in the league. The third Bulls superstar, Scottie Pippin, was as graceful on the court as he was resentful off it—tied up in anger over general manager Jerry Krause and owner Jerry Reinsdorf’s decision to hold him to a bad contract he signed when he was young, which robbed him of millions of dollars. Finally, there’s the coach Phil Jackson, whose combination of Zen and Indigenous philosophies made him the guru of a club that would have fallen apart without him. 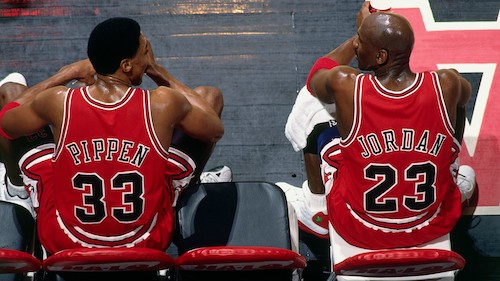 The footage in the series is remarkable. Thanks to ESPN, The Last Dance offers us a highlight reel of all six of the Bulls’ championship seasons. One of the great things about basketball is its capacity to showcase individual brilliance allowing the finest players to come up with improvised scoring techniques that are as unique as jazz solos. The main draw of the series and the Bulls is, of course, Michael Jordan, one of the greatest athletes of the 20th century. In a sport famous for glorious plays and players, Jordan is the one who tops them all. Scene after scene show Jordan at his best, launching into an iconic dunk or weaving through his opponents, finishing off with another dramatic basket. We see the other Bulls, too: Rodman showing off his tenacious defensive play, then the best in the league; Pippen coming through when Jordan needs an outlet and others, really role players, like John Paxson and Steve Kerr, delivering dramatic baskets when the team really needs them.

While concentrating on the Bulls’ last championship run in 1998, the doc’s narrative is literally a timeline, which pulls us back and forth through the late ‘80s and ‘90s. There’s a number of compelling stories that get told that way, from Steve Kerr’s devastating tale of his father, a university professor and administrator, being killed in Beirut to Scottie Pippen’s account of his impoverished youth to John Paxson’s patient wait to score an important winning basket, which he did in the third championship season in 1993. 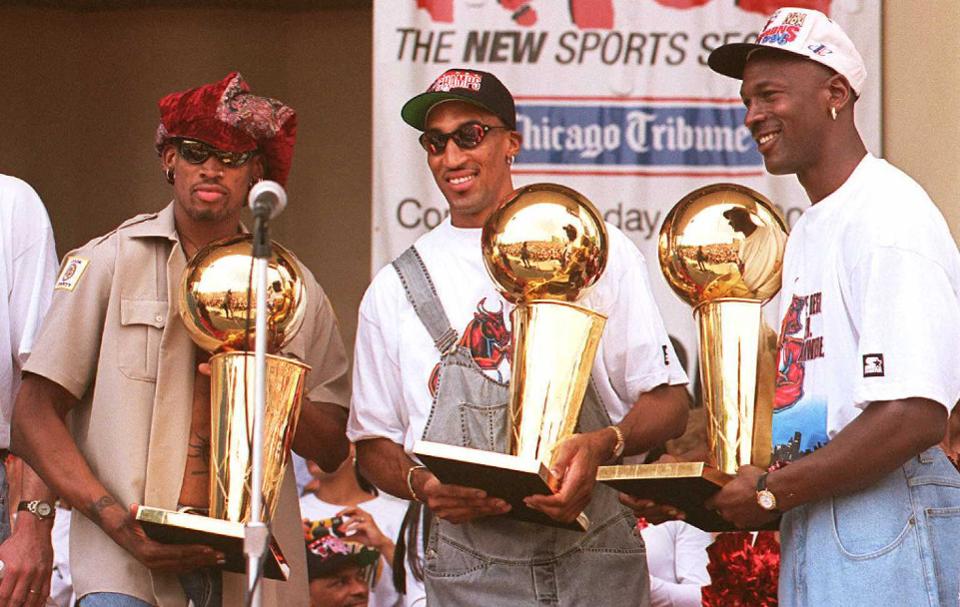 The Last Dance is built on characters but it does have a surprisingly compelling storyline. When Jordan came back from his first retirement, the Bulls quickly became championship material again. After winning in 1996 and 1997, the team almost split up due to the growing rivalry between Coach Jackson and General Manager Krause. Jackson would have been fired except for the intervention of the Bulls’ owner Reinsdorf, who insisted on keeping his coach for another year. That meant 1998 was going to be the last year of the Bulls’ heyday since Jordan had already threatened to quit again should Jackson be fired. Though we know how it ends, this doc has the piquant feel of a great team rising to get another “three-peat” before being broken apart.

The main character in the series is Jordan, naturally, and he is quite candid throughout. Like Kerr, Jordan’s father was shot to death. It was a huge blow, especially because his family was quite close and likely caused his first retirement from the Bulls after the club had a “three-peat,” winning NBA championships in 1991, ’92 and ‘93. Coming back for more, you can see that he feels the need to win another trifecta and quite again.

Jordan acknowledges only one imperfection: he’s too competitive. Whether it’s battling Isiah Thomas’ fearsomely tough Detroit Pistons or throwing quarters against a wall attempting to beat a Bulls low ranking administrator, Jordan hates to lose. It’s an interesting character flaw to admit, but that seems to be the extent of Jordan’s self-analysis. Throughout the series, it’s clear that Jordan has a distant relationship with all of his teammates, even Rodman and Pippen. They may be great but they’re not Michael Jordan—and he hangs out with an entourage.

Filled with story, content and great characters, The Last Dance is a great doc series. Already a hit on Netflix, I recommend it highly.