Something in the Air (Après Mai) 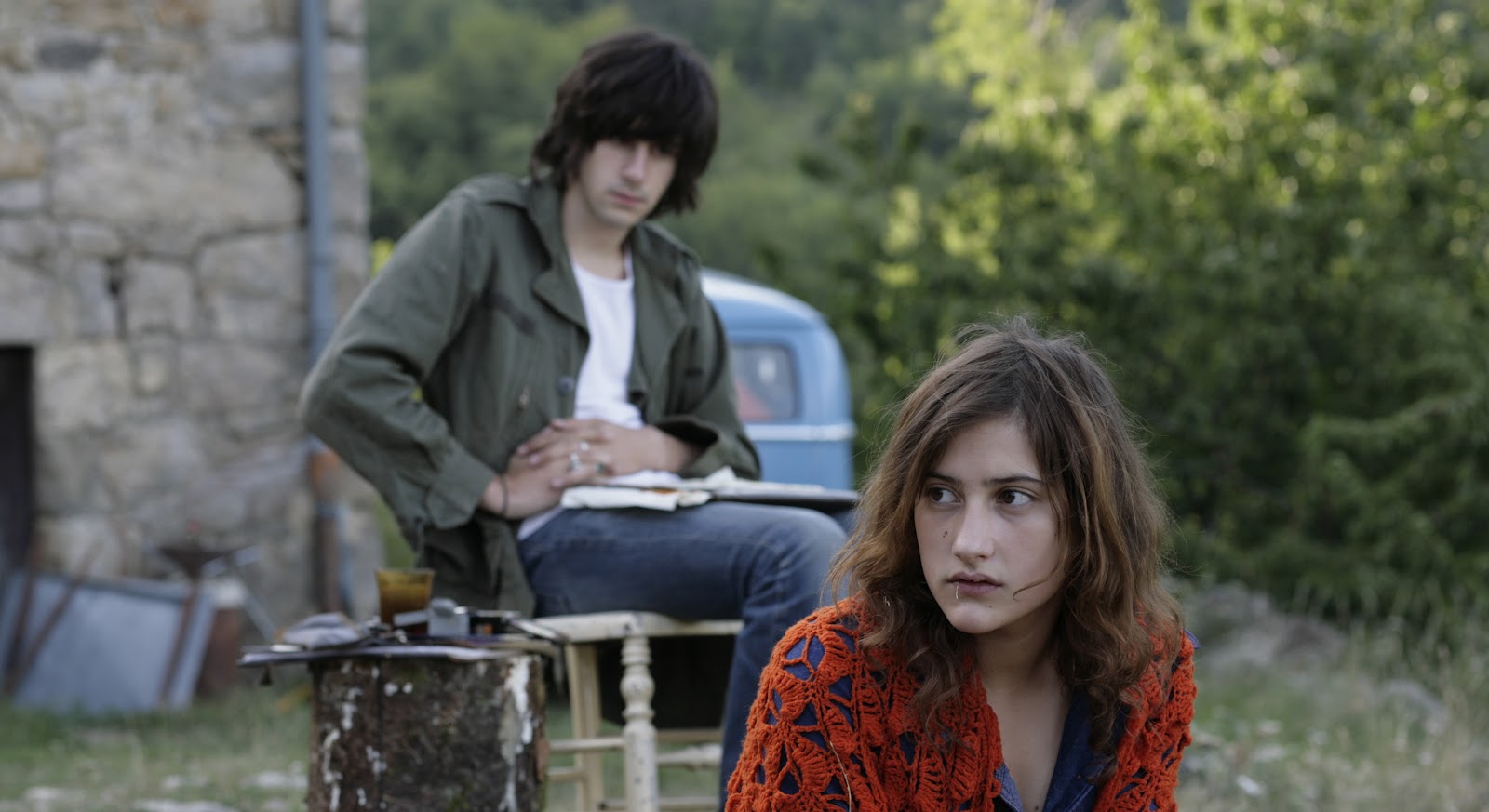 Assayas’ film was placed in competition for the prestigious Golden Palm at last year’s Venice Film Festival. He won the Osella prize for best screenplay. The film had its Canadian premiere at TIFF 2012 and has received mainly laudatory reviews at festivals.

“The events” of May 1968 have only recently ended. The Fifth French Republic had almost capsized under the coalition of radical workers and students clamoring for a socialist—or possibly Communist–state.

Though the Gaullist government has quelled the potential uprising, pockets of radical resistance exist, and are acting up, in France. And similar movements are creating anarchical violence in Italy and Germany.

High school students aren’t just talking about the prom or dating rituals. Some are engaged in active rebellion. Gilles, Jean-Pierre, Christine and their friends are working on underground newspapers, sneaking back into school at night to paint defamatory graffiti on the walls and windows, fighting cops at demonstrations and much more—all in the cause of the revolution.

At the same time, they’re still teenagers, sorting out life and love and what sort of jobs they want to pursue when they finish their education. Gilles, a talented painter, has a beautiful girlfriend, Laure, who breaks up with him soon after Something in the Air begins. Though he misses Laure, Gilles quickly hooks up with Christine, who is, if anything, more committed to the revolutionary cause than him.

During one of the group’s nocturnal attacks on the Establishment, a security guard is nearly killed when one activist drops a huge bag of flour on him from a bridge overlooking their battle. Jean-Pierre, who is not there, is accused of the attack. The rest flee to Italy.

As the security guard recovers, the matter is dropped by the police apart from a lawsuit that the guard instigates against Jean-Pierre. And that, too, is eventually dropped. Gilles takes up painting again though he is occasionally drawn back into radical activity. He sees Laure again at a crazily large party but she’s now into heavy drugs and suffers a tragic end. Christine returns from Italy months after Gilles with their relationship unresolved.

Gilles, Alain, Christine, Jean-Pierre: the four committed high school friends are leading exciting but cloudy lives as the film ends. Will they continue to be Communists or Socialists? Or in thirty years, will they be capitalists, too?

This is a film that has been largely cast with non-professional actors. No one has to “act” much; they simply have to look like and appear to be Sixties characters. That they do quite well

While this is not a true account of Olivier Assayas’ life, it certainly benefits from the fact that he grew up during that time and had experiences that somewhat resemble that of Gilles. One can’t imagine Something in the Air being made by someone who hadn’t lived through those turbulent times. What’s remarkable is that Assayas is able to evoke the period so exactly—with so much depth and feeling. The dialogue, characters and scenes genuinely bring back those times to this critic, and, I suspect, to many others.

Something in the Air is a poetic time capsule of a film, dropped back to Earth after 40 years. Few films have ever given the sense of the aimless anxiety, the romance and the search for truth that so motivated that period. Assayas has created a truly remarkable film that should appeal to nostalgic Zoomers–and young people engaging in their own spiritual and political quests.