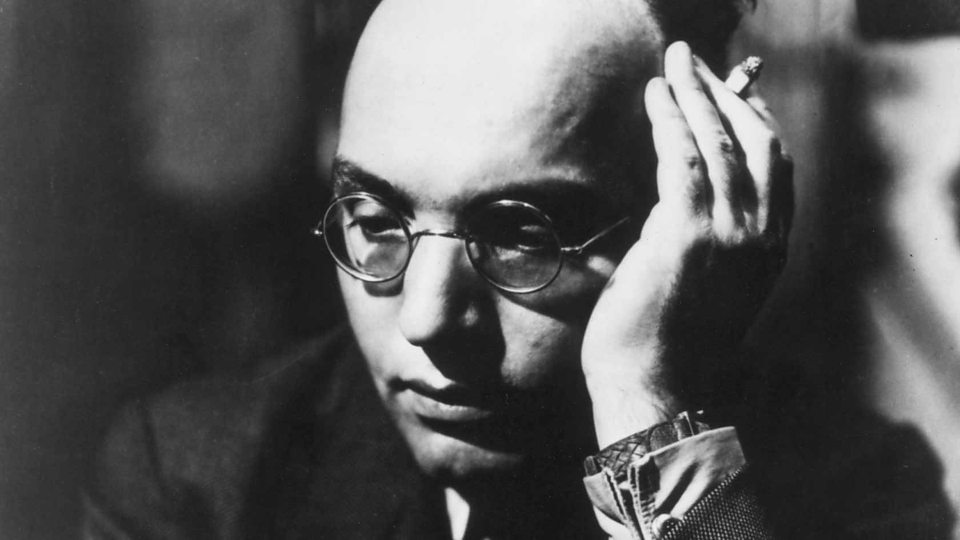 Kurt Weill was a Jewish German composer who composed some traditional classical works, but developed a strong following among Germans in the 1920’s and 1930’s for his vocal and musical theatre works. A good sense of visual aesthetics would be exemplified by the film Cabaret, starring Liza Minnelli – Weill was composing during the time that movie was set, in 1930s Germany, in nightclubs as well as concert venues.

Weill and his wife fled Germany as the Nazis presence was making itself known (as it did in the film), and settled in New York City. He adapted to his surroundings, and learned the American popular and stage music style, and many songs from this time were considered an important development in the American musical.

His best known work was The Threepenny Opera (1928), written in collaboration with Bertolt Brecht (who pioneered modern aspects of theatre, like acknowledging the fourth wall). This work tells the story of the deadly Mackie Messer, or Mack the Knife, portrayed by Weill/Brecht as quite cruel and sinister, transformed into a modern anti-hero. Mack the Knife became mainstream to Americans thanks to recordings by Louis Armstrong, Bobby Darin, and Ella Fitzgerald, whose bubbly version was infamous in a live recording in Berlin because she forgot the lyrics. Didn’t matter; she still received the Best Female Vocal Performance (Single) and Best Vocal Performance, Female (Album) at the Third Annual Grammy Awards.

Here is a darker, edgier version sung by Ute Lemper, one of the world’s leading chanteuses. She cuts a dramatic figure with her Greta Garbo looks, and outfits reminiscent of 1920’s and 1930’s Germany. It is much closer to Weill’s original concept. Here she sings at a tribute concert for Elizabeth Taylor, singing the English version of Mack the Knife.