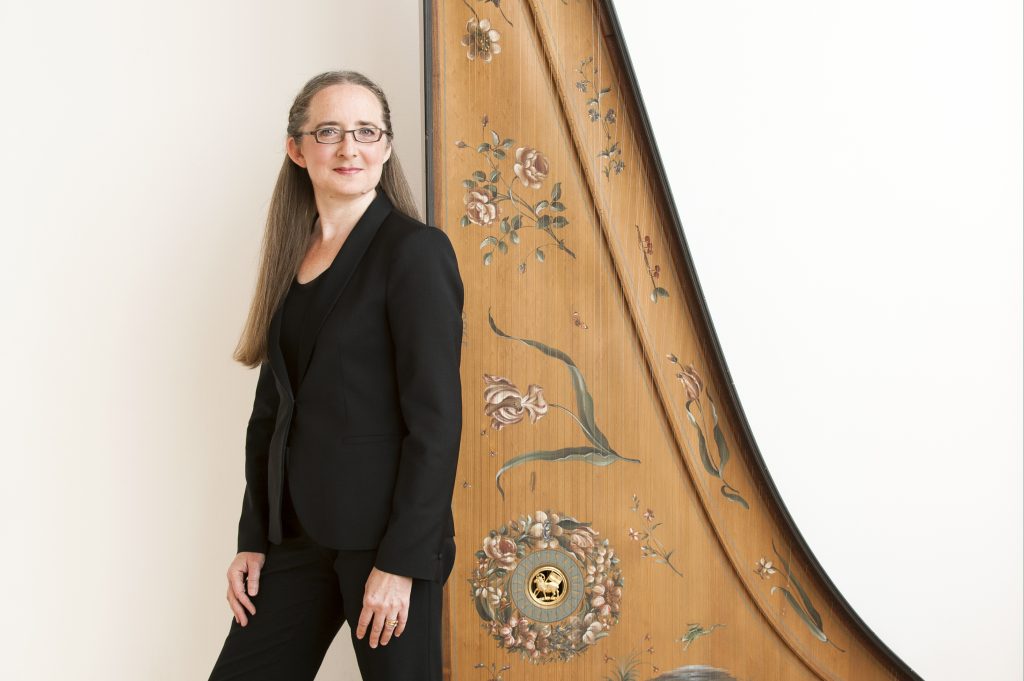 I spoke with several musicians about their approach to Bach. I asked them why his music is rarely programmed in piano recitals, the issue of harpsichord vs. piano, and approaching his music as a modern or Barque string player. All had fascinating perspectives to offer on this great master.

Q: You’re a renowned harpsichordist, so is it safe to say that you much prefer to hear Bach on the harpsichord, as opposed to piano?
A: It’s safe to say that I much prefer to play it on the harpsichord, but I’m happy to hear Bach played on the piano if the playing is true to Bach. I suggest to piano students that they approach it as a transcription: although the two instruments share a keyboard, the manner in which the sound is produced is utterly different. Bach had a harpsichord in mind, and if you approach the score with an understanding of the notation and its implications, I think you can bring the music to life on the piano. After all, if piano is your instrument, you don’t want to miss the opportunity to play Bach!

Q: Did you start out on piano, organ or harpsichord? What lead you from one to another?
A: I played piano from early childhood. When I was about 14, my father (a university professor with a talent for woodworking) came home and asked if I’d like a harpsichord. A colleague had suggested my father could build one from a kit. I said “sure,” entirely unaware this would change my life course. By the time I finished high school, I had decided to leave the piano behind and do a degree in harpsichord performance. I’d had the opportunity to play a piano concerto with the local youth orchestra, both at home in London (ON) and on tour in Britain, and I realized that what I really wanted to do was to play IN the orchestra, not in front of it. The harpsichord is a key part of a baroque orchestra, and I was very lucky that Tafelmusik was formed just as I was nearing the completion of my studies. I was hired as their keyboard player when I was just 21, and am blessed to still be playing with them to this day. My dream job!! And yes, we play a lot of Bach!

Q: How much Bach did you study when you were a student? Was it “part of the drill” or did it inspire you back then and lead you to what you do today at Tafelmusik?
A: I’m told that when I was a child I complained about playing Bach, but that when the harpsichord arrived in the house, I declared “now the music makes sense.” Of course, once I started harpsichord studies, Bach featured prominently. I suppose I’d have to say that it was not the repertoire that drove me to the harpsichord, but I came to love the repertoire very quickly. I can’t imagine a day without Bach. Of course, in Tafelmusik I am playing continuo, and playing continuo in Bach is humbling and more rewarding than you can imagine.

Q: What do you tell piano enthusiasts who claim there is much more range playing Baroque music on the modern day piano?
A: I think it’s actually the biggest challenge for pianists when playing Bach, that the instrument under their hands has a palette of sounds that is too broad for the music. Bach knew exactly what he was writing for when he wrote for harpsichord and organ. He was a remarkable player as well as composer. He did not feel limited by the instruments he had under his hands: quite the opposite. So I think one has to approach the range of the big, modern piano with care and consideration. To my mind, the best Bach pianists do just that, not imposing 19th- and 20th-century sound worlds and concepts. Of course, one can play with more obvious dynamics on a piano than on a harpsichord, and yes, use the pedal when it makes sense (we do a lot of pedaling with our fingers, a very natural part of harpsichord technique) – but all within a frame of reference that makes sense. A particular challenge for pianists is that many modern pianos have lost clarity and transparency in the search for power, particularly in the tenor and bass ranges, and that clarity is essential in baroque music. If you like playing Bach, find a piano that works for you.

I would encourage pianists to take on the challenge of playing a Bach fugue with the knowledge that it was written for an instrument on which you cannot bring out individual voices by means of dynamics. One discovers there are other tools under your hand, and in your mind – and fugues become a very intricate and intimate exchange between composer, performer, and listener.

Q: I know it’s not fair to ask what your favourite work of Bach is, but if you were to choose something you’d like to hear right now, what would it be?
A: Truly impossible – but there is really no wrong answer, as I’ve yet to hear or play any Bach that did not enrich my experience of life. If I have to choose, then for today I’ll leave the harpsichord and piano behind and turn to the St Matthew Passion. Ideally the whole work, but if not, then “Am Abend, da es kühle war,” or “Erbarme dich.”