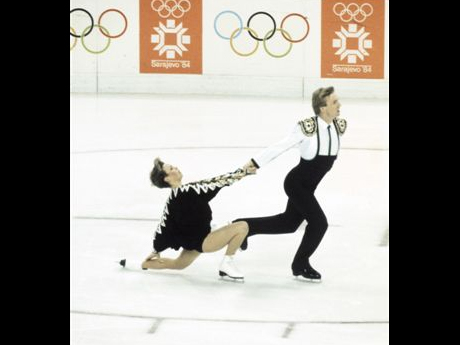 Torvill and Dean at the 1984 Sarajevo Olympics, skating the “Paso Doble”, set to music by Rimsky-Korsakov

If you’ve ever heard Scheherazade (a title to this day I have to look up to confirm spelling), you can thank Nikolai Rimsky-Korsakov for composing it. Rimsky-Korsakov was a member of The Five, a collective committed to furthering a nationalist, Russian-based classical music. Other members were Mily Balakirev, César Cui, Alexander Borodin, and Modest Mussorgsky. As a composer, Rimsky-Korsakov was considered the guy who spearheaded what was considered a “Russian sound”. He was a major influence on Russian composes to follow; his influence reached Maurice Ravel, Claude Debussy, Paul Dukas, and Ottorino Respighi.

Who’d think Rimsky-Korsakov’s reach would extend to the 1984 winter Olympics in Sarajevo? When perfect scores were extremely rare, legendary English ice dancers Torvill and Dean would score a few at these games, along with winning the gold medal for ice dance. Known for pushing the artistry of the sport to new levels, they skated their short program, “Paso Doble”, to a well-edited version of Rimsky-Korsakov’s Capriccio Espagnole. I remember watching this on TV at the time, completely mesmerized, with my mother, as my father dozed off. The introduction in the video is fascinating, and explains how Jayne represents the cape to Christopher’s matador. While Rimsky-Korsakov accomplished that “Russian sound” with his instrumentation of this work, he also nailed a distinctly Spanish sound, too.