Remembering Khachaturian. Was he the greatest composer who ever lived? How about, a great performer makes him sound as if he is? 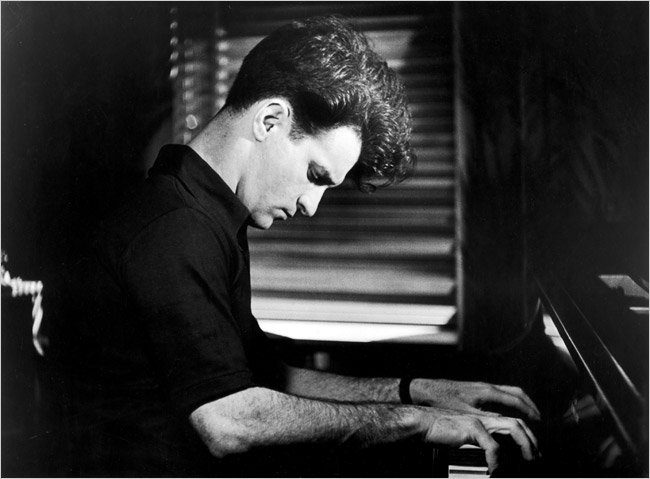 Aram Khachaturian, a Soviet Armenian composer, became known for his colourful, virtuosic, and exotic music that put Armenia on the map. His first major work was his Piano Concerto (often played by advanced music students at festivals and competitions), which was followed by his Violin Concerto, Cello Concerto, and a few symphonies and ballet music, in particular Gayane and Spartacus. One of his most famous pieces to this day is the “Sabre Dance” from Gayane, used often in popular culture, at summer fair dog shows (during the obstacle race) and figure skating routines.

Here is the Sabre Dance, with Sir Simon Rattle and the Berlin Philharmonic.

While there are several recordings of the Piano Concerto, the recording by American pianist William Kapell remains the standard. He became so associated with this work, he was dubbed “Kapell Khachaturian”. His life was tragically cut short by a plane crash in 1953 when the pianist was only 31 years old. Kapell had a phenomenal technique, and showed impatience with musicians who were superficial or didn’t play at their full potential. His playing was intense, exciting, and his brooding good looks didn’t hurt, either. My father, perhaps the world’s biggest classical piano fan, often told me about Kapell’s recording of this concerto, and to listen out for his extreme commitment to the work. We often had these chats about music in the car, when I’d tag along as a kid on his Saturday errands, something I loved to do. My father would get worked up and teary talking about the terrible loss of this incredible pianist, who made Khachaturian’s Piano Concerto sound like the greatest thing ever written. I remember thinking that maybe, a mark of a great musician is to make whatever piece he/she’s playing sound like the greatest work ever written (I had this thought decades later when I heard Garrick Ohlsson play the Grieg Piano Concerto. That night, I swore up and down that concerto was the pinnacle of classical composition).

I am very grateful my father taught me about “Kapell Khachaturian”.