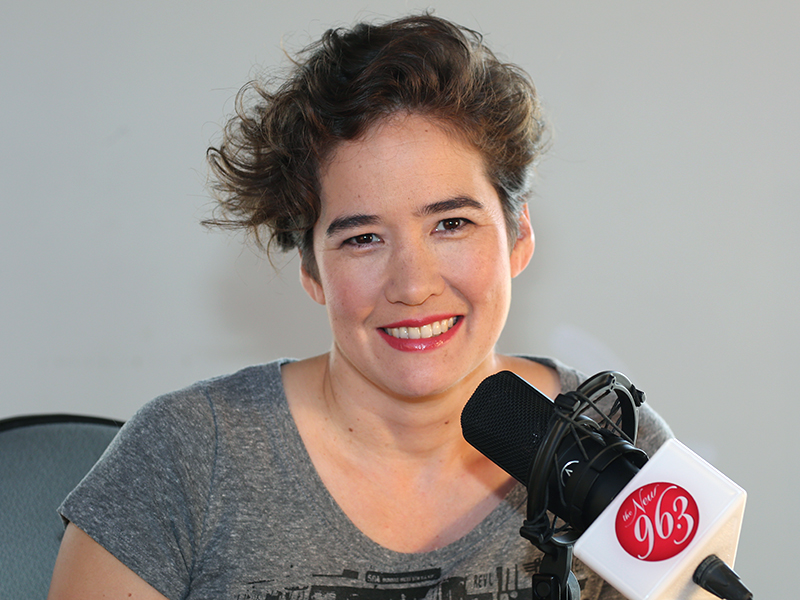 Kathleen Kajioka has come to broadcasting from a rich and varied career as a performing artist. As a violinist and violist, she has gained a reputation as a musical multi-linguist, moving between worlds with agility and depth. From the Classical Music establishment to the World Music scene, from Early Music to New Music to Pop, Kathleen’s activities have taken her across Canada, the US and Europe.

Kathleen’s extensive list of credits includes regular performances with Tafelmusik, the Toronto Symphony Orchestra, Maza Meze, the COC, Opera Atelier, Toronto Masque Theatre, and Arion Baroque, as well as with Pacific Baroque, Capriccio Stravagante, and in Iceland as guest concertmaster of the Reykjavík Chamber Orchestra and the Skálholt Bach Consort.

Kathleen is a member of the Early Music chamber group, Ensemble Masques, with whom she has performed across North America and Europe, including appearances at New York’s Frick Collection, Washington’s National Gallery, Amsterdam’s Muziekgebouw and London’s Wigmore Hall. Their recent recordings, J.H. Schmelzer – Sacro-Profanus, and Romanus Weichlein, have received wide critical acclaim, including Gramophone Magazine’s “Editor’s Choice” and the Diapason d’Or. She teaches Historical Performance at Royal Conservatory of Music’s Glenn Gould school.

In 2007, Kathleen joined the line-up at The New Classical FM, bringing her extensive musical experiences to bear as host of “In the Still of the Night,” where night-owls enjoy her irreverent, insider’s view on the world of Classical Music. She is also host of the popular prime-time show, “Dinner Classics,” heard Saturday evenings, as well as “Sunday Night with thee TSO.” Kathleen has written and hosted several features, and has served as an arts reporter — “Musician-at-Large” — for the New Classical FM news. She has been a featured speaker at Moses Znaimer’s Ideacity, and at Roy Thomson Hall’s “Share the Music.” Her recent leap into the world of television, as host of “The Concert Series,” can be seen on Vision TV.