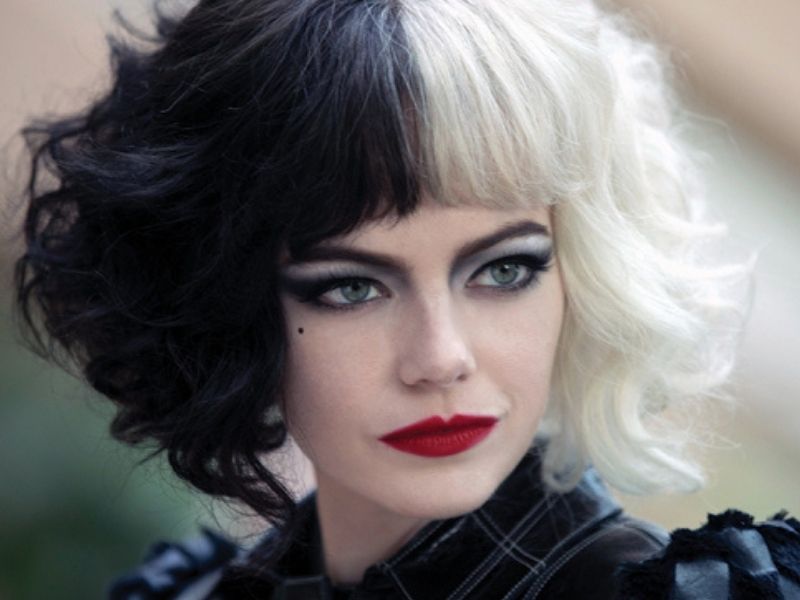 Disney’s greatest villain is back!

While we’re all still battling the pandemic, cinemas are coming back to life in the U.S. and—we hope–shortly in Toronto. Anyone involved with film can’t help but be cheered by the fact that Cruella, Disney’s prequel to 101 Dalmatians, was given the red carpet treatment—stars, media and all—at the El Capitan Theater in Los Angeles on May 18, the first since COVID struck well over a year ago. It certainly makes one enthusiastic when viewing Cruella, a big budget production with real film stars Emma Stone and Emma Thompson (should we call them “the two Emmas”?) and lots of scenes that are meant to be played in front of large, happy audiences.

In fact, Cruella was meant to be Disney’s big winter holiday movie in 2020 but that was impossible. So now it’s the first blockbuster out of the gate for a summer, which will hopefully prove to be a successful one for audiences, producers, distributors and theatre owners. And there’s plenty to cheer about with this latest iteration of the 101 Dalmatians franchise.

The two Emmas playing over-the-top fashionista designers have the time of their lives as the meanest but most stylish mavens in the world of haute couture. Though Glenn Close set a high standard with her hilariously dark characterization of Cruella in the two most recent live-action Dalmatian productions, both Emmas are more than ready to be proclaimed the rightful inheritor of her villainous throne. Production values are splashed on the screen, particularly as the film ramps up in the second half, with loads of costume balls and fashion shows intended to present the Baroness at her best gleefully subverted by the mysterious Cruella, who is out to usurp her. The costumes are to-die-for, and though that’s hardly a surprise, there is one very imaginative twist at the last costume ball, which is funny and completely appropriate for the film.

There is, of course, a problem with a film starring Cruella de Vil. She is a villain and a particularly despicable one at that. Films made by Indie directors trade in ambiguity but that’s not what happens with large Hollywood productions. Big films like this need to have you root for someone—there has to be a hero(ine) and a truly bad person who gets their comeuppance at the end. The writers—and five are credited—have laboured to make us like Cruella as much as possible and turn the Baroness into a Dalmatian owning Darth Vader. It works to some extent but not entirely. Oddly, it feels like someone—maybe one of the writers—realized that one way to make Cruella more interesting is to place her shenanigans in the punk/new wave era in London. That allows for great songs from the Seventies by bands like The Clash, Blondie and the Ramones to play while Cruella and her gang wreak havoc at fashion events. And it comes close to justifying the young Cruella who is far hipper than the Baroness. I suspect that simply placing Emma Stone in the lead will be enough for people to root for her. After all, she looks great—and isn’t that enough?

If Cruella proves to be the first big hit of the summer, the film’s ingenious ending allows room for a sequel. Yes, a sequel to a prequel. Will there be a 101 of them before we get to those nice Dalmatians?