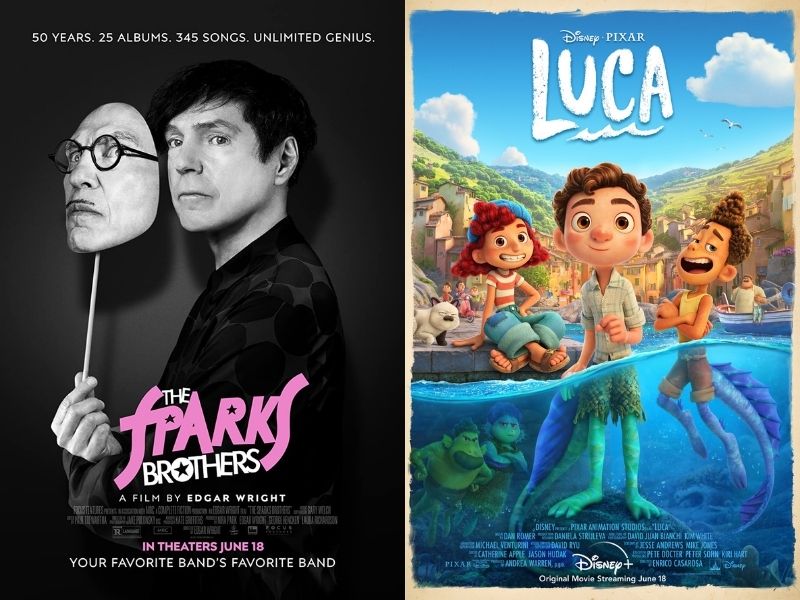 More than a hint of Brotherly Love

Edgar Wright deserves kudos for making his first documentary feature about Sparks, a band that is simultaneously quirky and anonymous, capable of performing in genres ranging from bubblegum to glam and from disco to art rock. Wright’s pop gods are perfect subjects for his method, which is to send up everything from gangster films (Baby Driver) to zombie horror flicks (Shaun of the Dead). With The Sparks Brothers, he’s given us a couple of unique filmic characters, Ron and Russell Mael, genuine siblings who have been making music professionally for over 50 years. The two would be ideal for a Christopher Guest film with Russell’s too good to be true handsomeness contrasting wildly with Ron’s bizarre downbeat expressions.

The story of Sparks does fit into the old cliché on docs: it is stranger than fiction. Imagine a couple of Californians coming of age in the ‘60s who are more interested in The Kinks and The Who than the local L.A. scene. After making a record with the very cool (at the time) Todd Rundgren and having it tank, they moved to England, where they actually had a hit single and made a splashy appearance on Top of the Pops, then the hippest TV show in the U.K. Besides the music, what transfixed British viewers—even stars like John Lennon—was Ron’s decision to wear a tiny mustache, which mimicked that of Adolph Hitler, or if you’re kind, Charlie Chaplin.

Wright takes great pleasure throughout the doc in showing off the myriad styles of Sparks. The duo’s surprising—and brilliant—move into disco in the late ‘70s is a case in point. We hear them take their pop sensibility and love of technology, adjusting it to a club environment with the inspiring help of Giorgio Moroder, to produce the appropriate titled hit “The Number One Song in Heaven.” Within a year, the boys were moving into new wave and by 1983, they were making my favourite tune by them, “Cool Places” with the Go-Go’s Jane Wiedlin on as a guest co-vocalist and dancer. Apparently, she had an affair with Russell, which is about as personal as this doc gets about the love lives of the brothers Mael.

The Sparks Brothers is clearly a labour of love for Edgar Wright. He takes great pleasure in the brothers’ odd but engaging personalities and is clearly a fan of the music as it changes over the years. Wright has lovingly assembled video clips from a host of the Sparks’ hits and misses. He’s added some wonderful animation scenes, which adds colour and humour to the film. And Wright has made sure that celebrity guests are on hand to validate his enjoyment of them and the music. They range from actors Jason Schwartzman, Mike Myers and Patton Oswalt to sci-fi writing legend Neil Gaiman to fellow musicians Flea, Beck, Todd Rundgren and Bjork to the notorious groupie memoirist Pamela Des Barres.

In 2008, Sparks produced 21 concerts over three weeks recapitulating all of the more than 300 songs that have appeared on their albums. It was extraordinary but was it too much? One asks that when evaluating Wright’s doc. It is amazing but at 140 minutes, is it too long?

Pixar’s reputation as the most imaginative animation producers at Disney, and quite probably the world, won’t be enhanced by Luca but this charming, if slight, film is fun to watch and will entertain children and their parents and grandparents. Not every film needs to have the complexity of Soul or Inside Out, after all. What Luca does well is to tell a sweet tale of a trio of misfits—two sea monsters and an out-of-place brash city girl—and turn them from Underdogs into winners in the tiny fishing village of Portorrossa. Let’s get the joke out of the way: Luca is the ultimate fish-out-of-water story and for that alone, it deserves a hearty recommendation.

Luca may look like a younger version of the Creature from the Black Lagoon and so might his friend Alberto when they’re in the water but when they’re on land, they turn into nice looking Italian boys. And in true tradition, all they want is to be on land in Italy, riding a Vespa. In order to get one, they head off to Portorrossa, where in the classic town square, with the requisite flowing fountain in the middle, they almost immediately encounter Giuilia, the city girl who spends summers with her papa Massimo, the fisherman. Just as quickly, the new trio have to deal with the local bully and his crew and, not surprisingly, the competing threesomes enter the Portorrossa Cup, a triathlon involving swimming, pasta eating and bicycle riding. The winner will be able to buy—you guessed it—an old but still workable Vespa.

The boys discover that even being splashed by water turns them back into sea monsters, giving the film some room for tension and hilarity. And Luca’s feisty mom Daniela and absent-minded father Lorenzo show up in Portorrossa in pursuit of their boy—but apart from the race, as for plot, that’s about it. Happily, the first-time feature director Enrico Casarosa has a wonderful flair with visuals—on Youtube, you can see his imaginative Pixar short La Luna—and the lack of narrative allows him time to create some wonderful short sequences of the moon and stars. It’s also helpful that Casarosa is truly Italian since the scenes in Portorrossa are so folkloric that one could fear that some might find them over-the-top and stereotypical.

Speaking of nations, as a Canadian, I can’t help but point out that Luca is voiced by our own Jacob Tremblay and he’s excellent in the role. Particularly fine as well is Maya Rudolph, as Luca’s mama. Her voice is full of love and discipline: she really is gleeful in the role especially in a scene where she’s seen pulling off some spectacular footie moves that most soccer moms would only dream of doing.  Luca provides fun for the family and in these still troubling times, that’s a very good thing to do.