Film Review: Sun Children and Lift Like a Girl 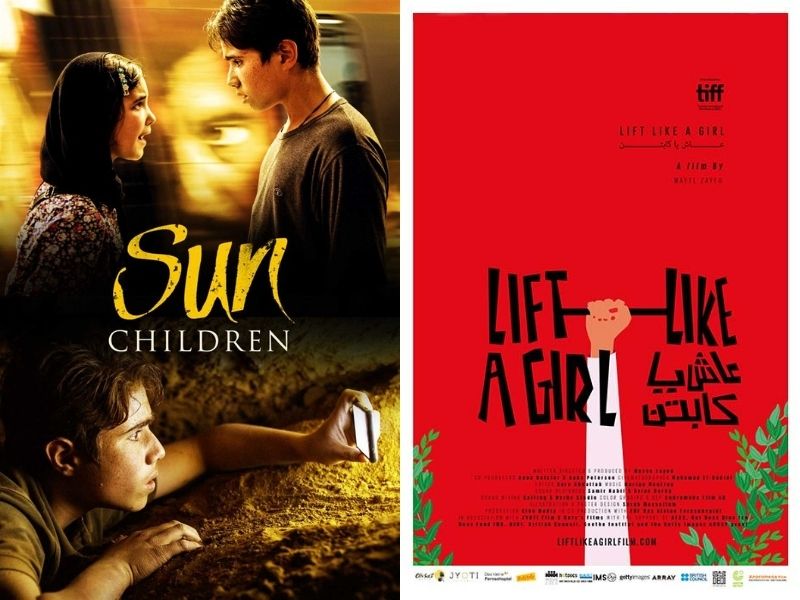 This has been a fine year for foreign language films and one of the best, a shortlist nominee for the Oscar, is being released this week. Sun Children, directed and co-scripted by Majid Majidi is a beautifully made Iranian film that centres on the ups and downs of a group of street kids in Tehran. Sun Children may have a humanistic axe to grind but it certainly isn’t boring and didactic. At its core, the film is a thriller—a quest film that brings together a motley crew, trying to attain riches during stressful times. If there’s a film you could compare it to, it’s John Huston’s Treasure of the Sierra Madre, though I doubt that Majidi has seen the film or read B. Traven’s brilliantly subversive novel. One of the many impressive things about Majidi’s work is how independent it feels of any specific influences. Here he has created a film with a complex plot and fascinating characters that should appeal to a wide audience.

We’re first introduced to Ali Zamani and his trio of street urchins—Reza, Abolfazl and Masad—as they’re nearly caught trying to steal tires from a privately guarded parking lot. Ali’s hardscrabble life is quickly revealed as we see him trying out new scams with his pals, fleeing on the rooftops of a dilapidated city block until he’s captured and brought to Hashem, a tough local crook, who pulls him into a new scheme. There’s treasure, which can only be found by digging through the basement of a school, just past a graveyard, and Hashem wants it. More instructions will follow, Hashem tells Ali, who dutifully forces the school to accept him and his pals—despite heated objections—the very next day.

It turns out that the Sun School, in which Ali is now enrolled, has been set up to help people just like him and his friends. Funded privately, the school is run by idealists like Vice-Principal Rafie and the charismatic Principal Amani, who, it turns out, is a con-artist himself. In scenes from comical to edifying, it’s shown that the students are benefitting from the school—Reza turns out to be a gifted football player–and their classes—Abolfazl surprises everyone with his exceptional math skills. Without trying to do so, Ali finds himself getting interested in the school and in particular V-P Rafie, who wants to develop his own set of street smarts.

When the Sun School has to run a benefit concert to raise enough funds to continue, most of the kids get involved, too. Even Ali lends a hand although most of his time is spent fundraising for himself, tunneling under the school and the graveyard in search of the lost fortune. Majidi does a fine job of balancing Ali’s private tales—his goal to get his mother out of hospital, his romantic efforts to help out Abolfazl’s tough but attractive sister Zahra—with the attempts to save the school and the quest for the treasure.

Sun Children is such a well-told tale that it will keep viewers engaged but, of course, it does have a wider purpose. If you aren’t moved by the plight of the Sun School, an initiative that wouldn’t be supported by the Iranian government if it existed, you ought to be: statistics indicate that over a million children in the country are working before the age of 18 and never have a chance to graduate the equivalent of high school. Ali and his friends should be playing football or studying math, not stealing to make a living. Youth should be a time for growth not working in marginal circumstances to stay alive,

Majid Majidi has made a truly enjoyable film that like Huston’s award-winner from more than 70 years ago, ends tragically. Yet Sun Children allows hope: young people like Ali survive and fight for a better day for themselves and others. This is a film truly worth viewing.

Great documentaries are often created through amazing real-life characters. Lift Like a Girl has one for the ages, Captain Ramadan, a crude, funny, gravel voiced man, who mixes his foul language with regular calls to the Prophet while inspiring girls to become weightlifters. The Captain, as everyone calls him, could have been a character actor like Lee Marvin or Sam Elliott if he hadn’t been an Olympic athlete before becoming a coach. His reputation as a brilliant trainer of young women couldn’t be more impeccable: his daughter Nahla is an Olympic gold medalist in weightlifting and her sister Nagham was a junior Bronze winner. Despite his angry demeanour around the girls he’s training, the Captain is a fierce advocate for women to be as strong and spirited as men.

His current disciple Zebiba, which means raisin in Arabic, has genuine promise as an athlete and can lift great weights for her age. She’s also moody and inconsistent in her performances. The Captain spends considerable time with Zebiba, cajoling her to do her best all the time. In a lovely scene, Zebiba rests her head on his shoulder, asking him why he yells so much. His answer is elusive and consistent with his character: because they’re all (add your favourite crude terms) and deserve it.

Of course, it’s obvious to the girls and especially Zebiba that he loves them all but doesn’t want to appear to be soft in front of them. The only times he does express joy and satisfaction are when they win medals at competitions. His approval is clear as we view several gritty displays of the courage of Zebiba and her friends. The scenes of the girls giving their all feel more like a sports doc than anything else in the film.